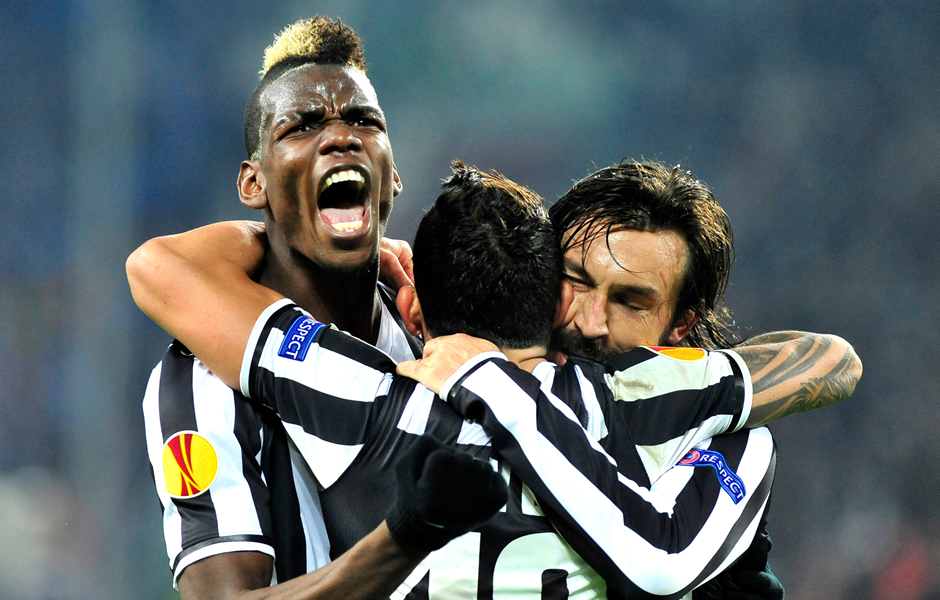 A win is a win but man was today’s game nerve-wracking. I can’t recall many matches where Juve went up 15 minutes in and I remained as worried as I had today. Granted Trabzonspor did score a goal that would be overruled but even aside from that Juventus were not playing like a team that has winning in their DNA. It really was not until Paul Pogba’s late goal, when Juve went up 2-0, that I felt comfortable.

Maybe I am traumatized by this year’s group stage campaign. Maybe I am traumatized by the trashing we received from Roma in the Coppa Italia when we “rotated” our squad. Either way, Juve’s mentality in European competition and the starting eleven we see when rotating starters do not inspire much belief in me this season. Hopefully Antonio Conte is on his way to proving me wrong (as he has done many times in the past.)

That said, let’s rate these boys on their performances today.

Buffon: 7. I don’t blame him for the (disallowed) goal, he came off his line but Leo Bonucci and Federico Peluso offered no cover for him and Trab had two guys just standing in front of our goal. Aside from that, he had a few nice saves as well.

Bonucci: 6.5. A solid performance especially considering the absences of Andrea Barzagli and Giorgio Chiellini, but the lapse on the disallowed goal gnaws at me.

Ogbonna: 6.5. He wasn’t always great tonight, but if you look at the whole of his performance he was very good. He made a number of tackles and stops, although he also provided us with a few scary moments in the beginning of the match. I still can’t tell if Ogbonna has great potential as a CB, or if he’s more or less peaked.

Caceres: 6. Not bad, but not great either. His best moment for me came towards the end of the match, Trab started what could have been a dangerous counter, but Caceres forced the ball handler all the way to Juve’s right side and eventually out of play.

Isla: 6. If I rated him a bit more subjectively and included how I predicted he would play, then the Chilean would have an 8. He was perfectly average today, which is a huge improvement from his usual play. Usually he’s an incredible defensive liability and an a huge exporter of blocked crosses. Today, he was merely ineffective.

Vidal: 6.5: Vidal played a little less than half of an hour, but he was perfect when he was defending. Didn’t get much of a chance to contribute to the attack, but it wasn’t really his role tonight.

Peluso: 5. I was worried about Isla, I should have worried about Peluso. His defending wasn’t very good, but it wasn’t awful either. His attacking play WAS awful. He took two shots, the first of which was bad and the second of which is still flying somewhere in the sky in Italy. I guess he thought he was Kwadwo Asamoah, sadly he’s nowhere near Asamoah’s level.

Pogba: 7.5. I feel like Pogba is underrated in games unless he scores, since we have become accustomed to him scoring ridiculous goals. He scored a goal today, it wasn’t a jump out of your chair and scream goal as his goals tend to be, but that doesn’t matter. When it came down to it, Pogba put the ball into the net and greatly increased Juve’s chances of moving on.

Marchisio: 6. It seemed as if Marchisio was still in the regista role at times, and I think he let that distract him from his defensive duties. Of course, it’s often hard to appreciate what Marchisio does if you watch the game on TV, because so much of his job has to do with occupying the opposition’s space and limiting their passing possibilities.

Giovinco: No rating. He came in and the team switched formation, so he played as a winger or perhaps a wide forward, if you will. He only had a few touches so his impact tonight was negligible.

Pirlo: 7. Fine passing, and a rather impressive night of defending from the regista if you ask me. Pirlo’s no slouch when it comes to the standing tackle, but tonight his defensive work really stood out to me for some reason.

Osvaldo: 7.5. I was really happy with his performance tonight, he was dangerous. He scored that first goal, and even before that he was knocking at the door. If that’s how he will be at Juve most of the time, then this loan signing was a really smart one.

Llorente: No rating. Came on for about 30 minutes, was not really impactful, just like Giovinco. Was expecting more from him especially with Tevez on his side.

Tevez: 7.5. Many folks are calling him the man of the match, and he was hustling all over the field and contributing greatly to the attacking build up. Still, he’s a striker and his job is to score. He had a few efforts that should have been converted but were not, and I’ve come to expect that from Tevez when he is playing in Europe. Perhaps I am too hard on him, but Llorente usually does the same amount of attacking creation that Tevez does, and Llorente is always liable to score as well. With Tevez, I knew he would be all over the place during the game, but I’m not at all surprised he didn’t score. It’s the same thing that happened in the Group Stage.

And that’s all, folks. Stay posted here at JuveFC.com for more articles and posts coming everyday!