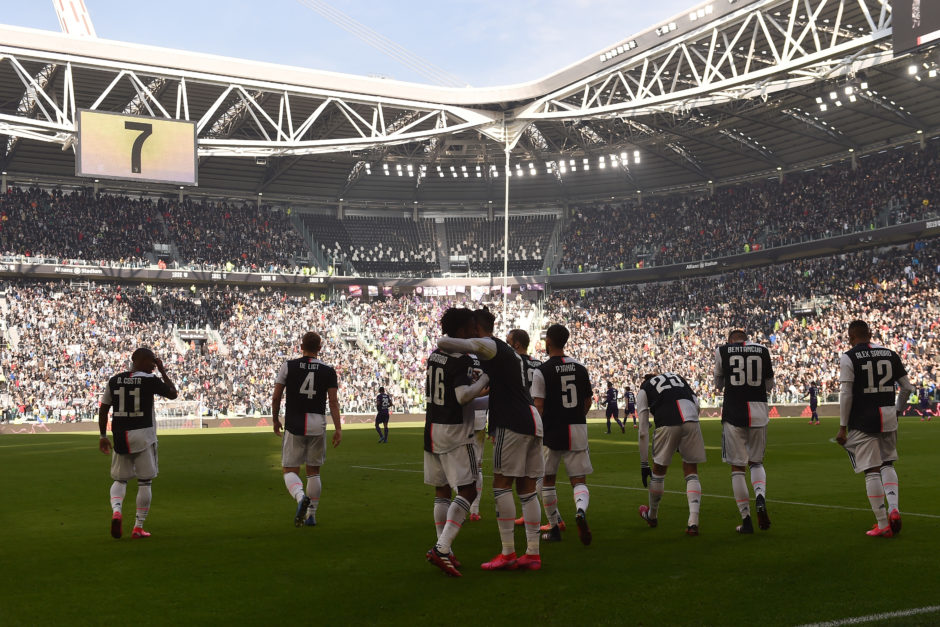 Juventus took their time to get going but two penalties from Cristiano Ronaldo and a late header from Matthijs De Ligt earned a vital win against Fiorentina.

Tek: One early straightforward take, followed by two incredible reaction stops, essentially keeping Juve in the game in the first half. Wasn’t as troubled in the second half, but a great display, nonetheless.  7.0/10

Juan Cuadrado: Looked plenty positive in terms of forward runs but was frustrated by the Fiorentina defence – was resolute in his defensive duties in the opening ’45 and continued to be a good outlet down the right. 6.5/10

Matthijs De Ligt: Still looked a little nervy in those opening moments and little prone to mistakes. As is often the case, he grew into the game and looked more assured in the second – Topped a good performance off with a neatly taken header. 7.0/10

Leonardo Bonucci: Made a great tackle to deny Chiesa going clean through but his tackle for the yellow card was a little reckless and there was an early back pass that almost played Fiorentina in. That aside, his work on the ball was excellent and his distribution was solid. 7.0/10

Alex Sandro: Didn’t look overly troubled in the opening half in the defensive phase and made plenty of good runs to press Fiorentina back.  6.5/10

Miralem Pjanic: Much tidier on the ball and made a few attacking runs but overall, it was a subdued performance. 6.0/10

Adrien Rabiot: Looked supremely confident on the ball, even though the Juve midfield looked congested at times. Took it up a notch in the second half, getting into space behind the Fiorentina defence, firing in a great ball before testing the keeper from range. The best of the midfield three. 7.0/10

Rodrigo Bentancur: Played well alongside Cuadrado, pushing out onto the flanks on occasion. Tested the keeper with a great drive in the opening ’45 and won the penalty that sealed the result. Solid if not spectacular. 6.5/10

Gonzalo Higuain: Dropped deep to collect the ball at times, but he was anonymous in the box and had one decent chance in the entire game that he wasted.  5.5/10

Cristiano Ronaldo: The driving force as he looked to get Juve moving – Took his penalty really well to score in his 9th consecutive Serie A game and added another late in the game, taking his tally to 50 Juventus goals. 8.0/10

Douglas Costa: Looked full of invention as he tried to beat a stubborn Fiorentina back line and while he didn’t get a goal, his creativity was on display. 6.5/10

Paulo Dybala: A ball of energy as soon as he came on, exploiting the gaps a tired Fiorentina side left at the back. Whipped in the cross for De Ligt’s goal – A great cameo. 6.5/10