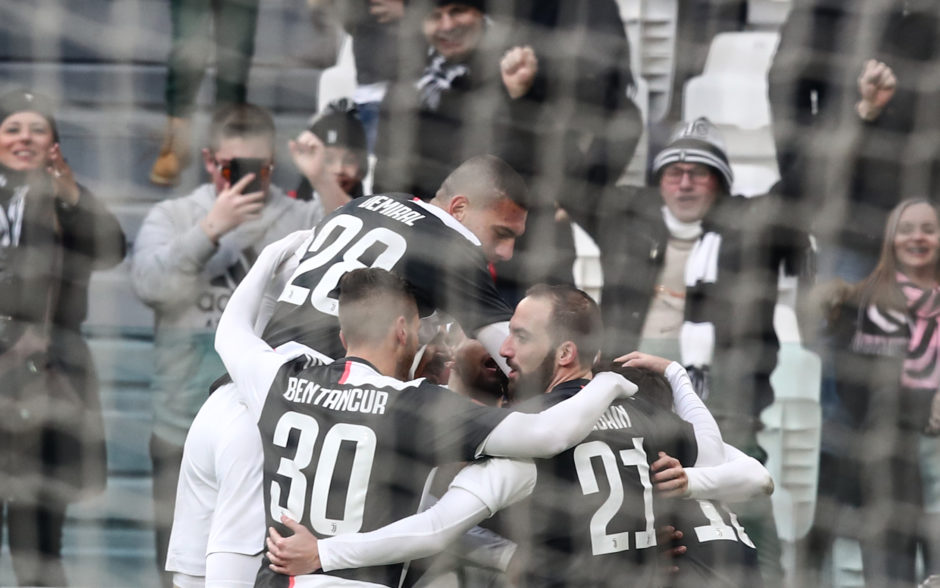 Paulo Dybala, Gonzalo Higuain and Cristiano Ronaldo turned on the flair as Juventus destroyed Udinese in a dominant opening half.

Gigi Buffon: Barely a save to make in the opening half before rolling back the years and performing a trio of superb stops. Could do nothing on the late Udinese goal, but whatever else, he still has it. 7.5/10

Danilo: A few shaky moments aside, he looked pretty decent in the opening half, getting into the opposition half with ease while making an interception or two in the second 45′. 6.0/10

Leonardo Bonucci: In control at the back and played out some wonderful passes, one of which led to Juve’s opener. In the right place at the right time with a lovely header to add Juve’s third and made a winning tackle to deny Udinese a clear chance on goal. Superb. 7.5/10

Mattia De Sciglio: Didn’t get forward as much, but he looked tidy at the back and didn’t have too much to deal with overall. 6.0/10

Blaise Matuidi: Played his part, breaking up the attacks when called upon. Had a half chance that he shot without effort and straight at the keeper. Continued to disrupt the Udinese attack and slow their tempo in the second half and turned in a solid game. 6.5/10

Adrien Rabiot: Looked as though he had more confidence today as he led Juve out on the counter attacks and played some nice passes into the attack while also showing some great link-up play with the rest of the midfield. 6.5/10

Rodrigo Bentancur: Very quickly showing why he’s essential to the Juve midfield right now, playing some great balls forward while doing the dirty work in the centre of the pitch.  7.0/10

Paulo Dybala: Initially expected to play wide but did great work behind the front two, switching flanks when needed. Had a great goal annulled for handball in the opening 45 and struck the upright with another effort. Linked the play really well and showed creativity and invention too. Exceptional. 7.5/10

Cristiano Ronaldo: Looked sharper and made some excellent runs before latching onto Dybala’s miscued shot to give Juventus the lead with a fine finish. Made some great sprints thereafter when Juve broke in the first half and made a perfectly timed run to score his second. Had a great effort saved and another come back off the post. Could easily have ended the match with 5 goals and showed that you can never doubt a player of his calibre. MOTM. 9.0./10

Gonzalo Higuain: Excellent and unselfish, great on the counters, holding up play while playing some great one touch passes with his strike partners. Had two solid efforts saved but his understanding with Dybala and Ronaldo was the most encouraging aspect. Brilliant.  7.5/10

Maurizio Sarri: Got it all right today – started the players that deserved to be on the pitch using the attacking trident to devastating effect. Very pleased to see he gave Demiral another chance to play and timed his subs very well. Near perfect choices today, bravo Mister.  9/10

Federico Bernardeschi: Came on from the bench and had a few bright moments – Encouraging but enough to warrant a start . 6.0/10

Matthijs De Ligt: Got stuck into the dirty work as soon as he entered the pitch and helped keep Juve ticking over . 6.0/10