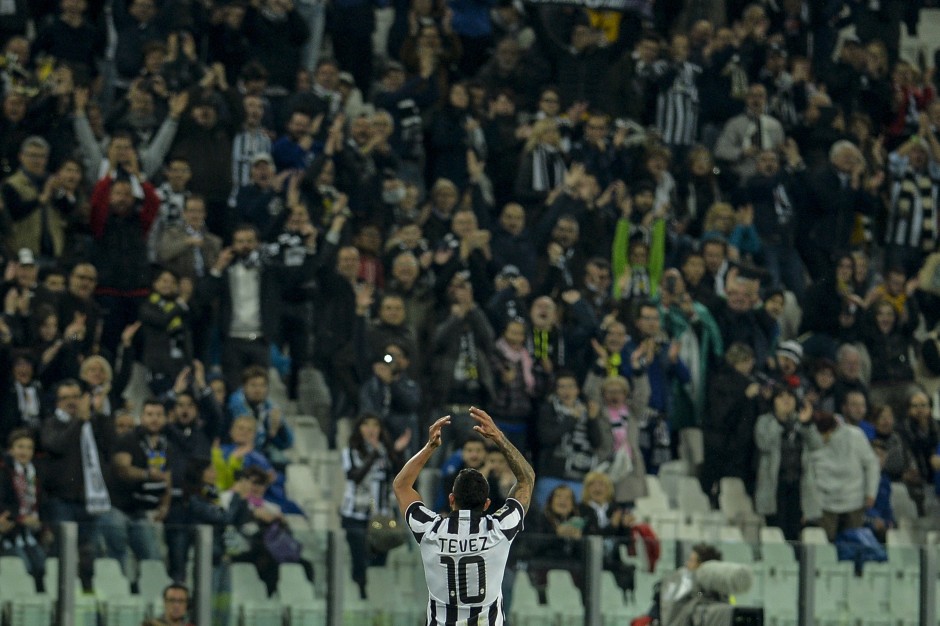 Juventus edged out Fiorentina in a thrilling 3-2 to take them within a point of a 33rd Scudetto.

Both teams were reeling from surprise defeats at the weekend with Juve losing to Torino 2-1 while Fiorentina were pummelled 3-1 by Cagliari at the Stadio Artemio Franchi. Claudio Marchisio returned from suspension to make his 300th club appearance but Leonardo Bonucci was out with a one-match ban while Paul Pogba, Martin Caceres, Kwadwo Asamoah and Romulo were still out through injury.

The away side started the brighter through Mohamed Salah while Mati Fernandez fired wide of the post from distance. Juve looked out of sorts early as Stephan Lichtsteiner almost gifted the visitor’s possession before Andrea Pirlo blatantly tripped Joaquin to earn Fiorentina a penalty. Gonzalo Rodriguez stepped up and converted into the far top corner.

Juventus were aggrieved just moments later when Norberto Neto appeared to foul Stefano Sturaro outside of the box but the referee waved away appeals for a sending off, giving the keeper a yellow card instead as the tackle was well wide of the goal. Pirlo floated in a free kick and Llorente rose highest to bring Juve level through a well taken header.

Patrice Evra had a chance shortly after the restart but his header from Pirlo’s corner was saved by Neto. Juve continued to press for the lead and it was Evra again, this time with a perfectly chipped pass for Carlos Tevez to loop his head past a stranded Neto to put Juve ahead.

Juve sat back early in the second half and their complacency almost cost them dearly. Giorgio Chiellini tripped Gonzalo Rodriguez but thankfully his penalty was blasted wide of the goal.  Juve capitalised moments later as Carlos Tevez ran on to a great long ball from Marchisio to beat Savic and beat Neto one-on-one with a pinpoint finish.

Fiorentina earned a late consolation goal through Josip Ilicic’s sublime free kick but Juve held on for the win that takes them to within a point of their fourth successive scudetto. 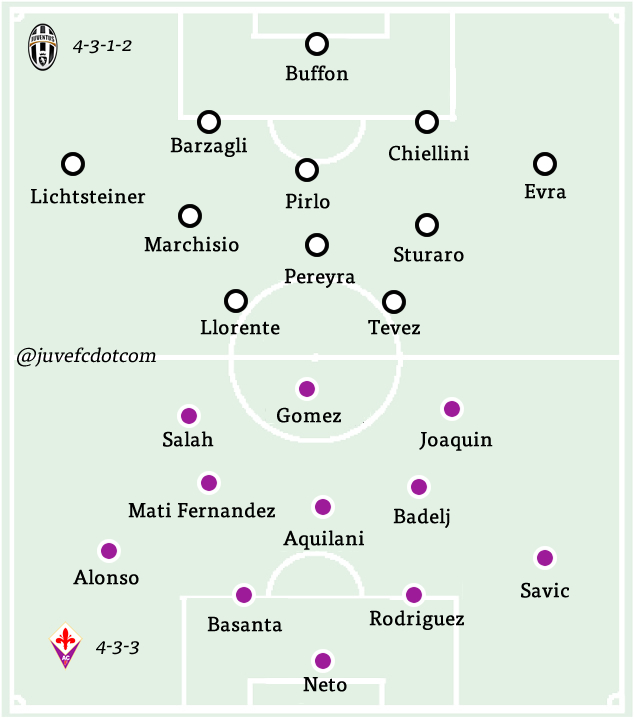