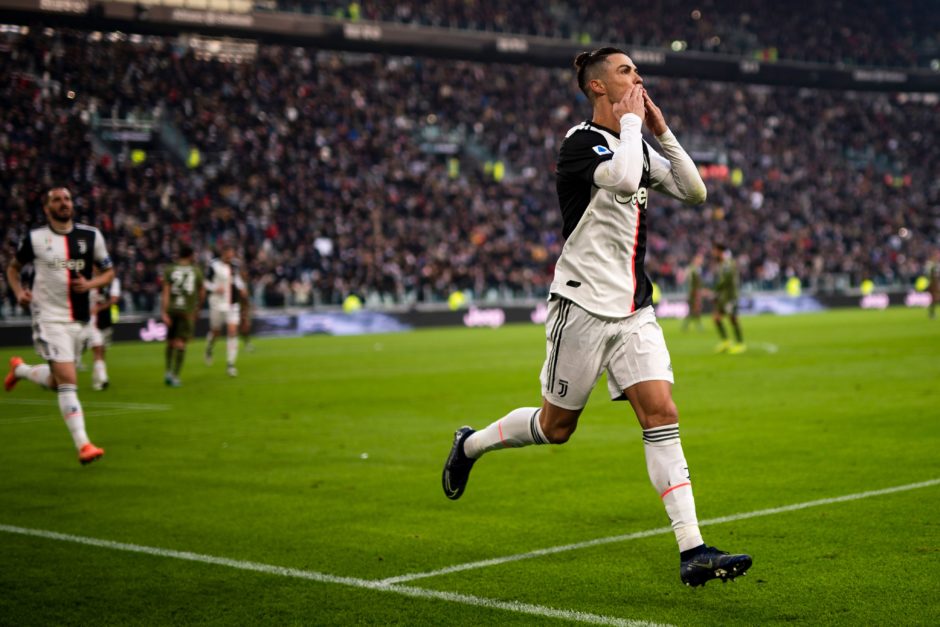 Juventus turned on the style as Cristiano Ronaldo played a part in every goal in their 4-0 demolition of Cagliari.

Tek: Not a single save to make in the opening 45 minutes as he was never tested – Called into action on a few occasions in the second half but they were straight forward saves for a keeper of his stature. 6.0/10

Juan Cuadrado: One of his better performances as he constantly pushed up and tried to get into good crossing positions and overlaps. Played well in his defensive role as well and showed yet again why he is the first choice right-back under Sarri.  6.5/10

Leonardo Bonucci: Untroubled in the opening half and was able to try and create from deep. Four clearances, a few good tackles and a composed performance throughout.  6.5/10

Merih Demiral: Solid covering in defence, good positioning and even hit the bar with a worthy effort as the first half came to a close. 6.5/10

Alex Sandro: Good running down the flank as he pressured Cacciatore and looked to help create chances for the attack. 6.5/10

Blaise Matuidi: A typically Blaise opening half – harried the Cagliari midfield but wasteful in the final third and struggled to create anything meaningful. 5.5/10

Adrien Rabiot: Looked a little more with it today as he tried to press higher up into the opposition half to create chances. Had a few creative moments and seems to be coming into his own all the more. 6.5/10

Miralem Pjanic: Tidy and efficient with his passing and set-pieces and generally was the heartbeat of the Juventus midfield, completing 117/126 passes. Excellent. 6.5/10

Aaron Ramsey: Looked lively from the start and had a few half-chances fall wide of the mark. Continued to get into good positions but looked as though he needed the run-out. 6.0/10

Paulo Dybala: Kept dropping deep to try to collect the ball and move Juventus further up the pitch. Made some great runs and his movement was excellent – Played a key role in the win by winning the penalty for Juve’s second. 7.0/10

Cristiano Ronaldo: A few half-chances aside, he looked a little quiet to begin with before firing a headed effort straight at the keeper. A totally different second half display as he kicked it up a gear and tore Cagliari apart. A poachers instinct on the first, a neatly taken penalty, an assist on the third before sealing the win in style with a fine finish. Utterly exceptional. Man of the match. 10/10

Maurizio Sarri: I think he got it all right today, from the starting XI to the half time talk and getting the team playing all the better in the second half. Timed his substitutions to perfection and injected some pace at the close of the match. Excellent choices.  8.5/10

Douglas Costa: Injected pace into the Juventus attack and even managed an assist as the game came to a close. A decent cameo. 6.5/10

Gonzalo Higuain: Took his goal so well and could have easily had a second. Excellent impact from the bench.  7.0/10