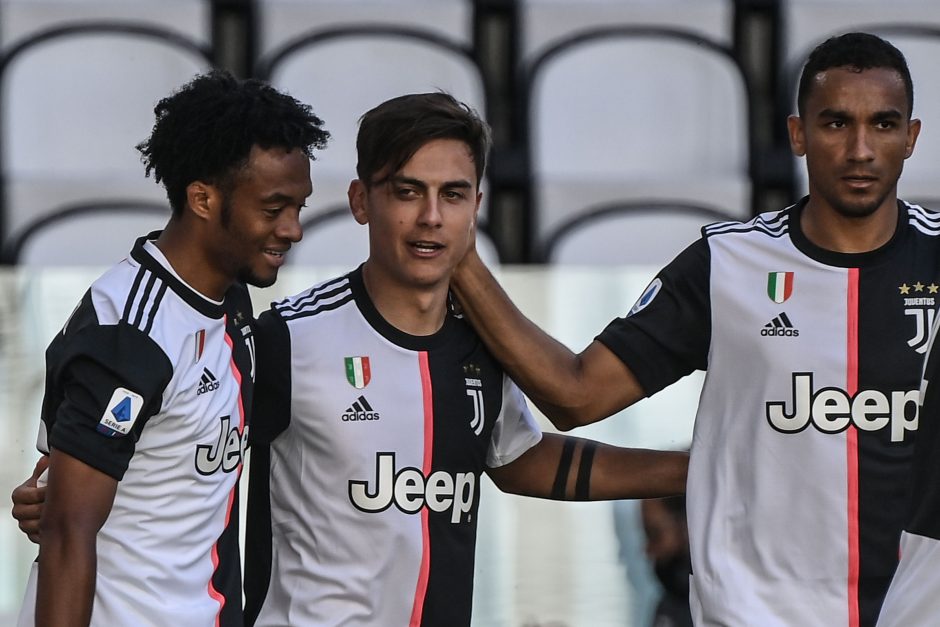 Juventus put in a strong performance against Torino, winning the Derby Della Mole 4-1 with goals from Paulo Dybala, Juan Cuadrado and Cristiano Ronaldo.

Buffon: Looked really comfortable on his record-breaking Serie A appearance and even managed to get a hand on the penalty. A few straight forward saves in the second half to see out the game. 6.5/10

Juan Cuadrado: Seemed really wasteful to start with but managed to set up Dybala for the opener before taking his goal with a really neat finish from an acute angle. Solid thereafter.  7.5/10

Leonardo Bonucci Weathered the early Torino storm but the booking was unnecessary. 6.5/10

Matthijs De Ligt: Literally foot perfect in the opening ’45 with some great tackles, interceptions and a wonderful reading of the Torino attack. Ridiculous call for his penalty. Ended the game with 6 clearances, 3 interceptions, 2 tackles, 3 aerials. Exceptional. 7.5/10

Danilo: Seemed quietly assured and did what was asked of him without any real fuss. Had a late chance for a goal, but overall, solid. 6.5/10

Adrien Rabiot: Continued where he left off last week, good movement on and off the ball and more of a threat overall from midfield. Had another chance to score go just wide of the post. Tidy. 6.5/10

Miralem Pjanic: A little subdued once again and didn’t really make an impact in the opening half and was quickly subbed off in the second. 6.0/10

Rodrigo Bentancur: Good on the ball, and he put himself about in the midfield. Strong in the tackle and kept things ticking over so well. 7.0/10

Cristiano Ronaldo: A little quieter than last week in the first half but did well to set up Cuadrado in the box. Better in the second and took his goal with wonderful technique. Took his tally to 25 goals for the Serie A season.  8.0/10

Federico Bernardeschi: Another so-so performance – Good running and pressing but no real end product when it counted. 6.0/10

Paulo Dybala: Just exceptional – Opened the scoring with a decent hit and then continued to drop deep to keep the team moving forward. A little subdued in the second half, but his teammates took over the scoring duties. 7.5/10

Blaise Matuidi: Added some muscle and bite to a tiring midfield. 6.0/10

Douglas Costa: Electric from the bench, yet again – Could have had a goal of his own but the cross he put in forced the own-goal. 6.5/10

Gonzalo Higuain: Helped keep the pressure on a tired looking Torino defence and could have had an assist, had Danilo been sharper. 6.0/10

Marchisio: ‘Dybala could be a Juventus Icon’