Juventus 5 – 0 Sampdoria. Lambs to the Slaughter…

Despite the mathematical confirmation of our 34th scudetto arriving a few weeks back both fans and players deserved a spectacle to celebrate the wonderful achievement. And a spectacle we were given.

With the coppa finale to come, Allegri was able to rest Buffon and Rugani and offer some vital playing time to the returning from injury Kaiser Chiellini. Other than which the line-up seemed par for the course. Only Bonucci and Barzagli swapping places at the back and Pereyra deployed in the Khedira role offered change.

The game was effectively over in the 14th minute, when already leading 1-0 thanks to Evra’s lovely header, Mandzukic was mauled down in the box. The defender was given his marching orders and Dybala stepped up to clinically find the corner for 2-0 with barely a quarter of an hour played. After which, it was a case of damage limitation from the visitors, which didn’t work out well. For we dominated and it seemed that we had five players more, not just one, for the remainder of the tie which turned into an exhibition match.

A lot of the players attentions will now turn to this summer’s Euro 2016 Championship in France, with the hosts and Germany the early favourites

Was forced into a quality save early doors and pawed away a rare chance sailing into the top corner in the second half. Other than which was untested, a mere spectator. 7

Great to see the human bear hybrid given the responsibility in the middle, where he performed as resolutely as always. Never troubled. 7

Kept things simple, had his opponents in his pocket throughout and found himself on the score-sheet when throwing his gargantuan frame in the mix for a corner. 7

Our centurion has returned to the front lines…

Had the bit between his fangs, clearly ecstatic to be able to play a role in the party. After having a shot saved at the near post, the Kaiser scored with a thunderous strike from just outside the box. A little rusty with his passing, but magnificent to see his smile and zeal back in the ranks. 8

Crafted a few chances, was unlucky to find deflections and the bar thwarting his efforts in the final third, other than which was calm and assured. 7

Spritely showing from the elder statesmen of the side. Supported the attack well enough, opened the scoring with a brilliant header and was never beaten by his man when shoring up the rear-guard.  7.5

Impressive showing from the Brazilian, who since the turn of the year has put in a string of performances which range from commendable to top drawer. It has taken time for him to adjust to such a deep role, yet he seems to have found his rhythm. Quality in distribution, moved the ball quickly and intelligently, supplied a swift and potent assist for Dybala and looked dangerous and solid throughout. 8.5

His confidence is brimming and such is his world class technique that in games such as this Paul appears to be honing his skills, involved in a practice outing. Unfortunate not to find the net with several decent efforts, he was always available for the ball, worked damn hard to retrieve as well as move the team forward and has blossomed in leaps and bounds vis-a-vis picking out the right pass. A powerhouse of supreme talent. 8

Likely the final Serie A appearance in our colours. Whilst all others raised their game to mark the joy, Roberto appeared languid, unable to get out of neutral. Rarely involved, carried by the team until he was replaced. I couldn’t help but feel pity for the player who promised so much last season yet has failed miserably to remind me of his value since returning from a lengthy injury layoff earlier this year. Part of the problem is the form of Dybala, leading to the need for a trequartista far removed from Allegri’s thinking. For that is where the Argentine can excel. As a RWB or CM he is paltry. His game is too singular to offer the versatility required of a squad player and he has not made the most of his chances. The most likely candidate for departure in the Summer. 5

His work rate was endearing, a penalty won yet little else to focus upon. Saving himself for the cup final or perhaps simply well marshalled. 6.5

The golden boy rose to the occasion in spades. Unearthly talent, impossible to mark such is his movement and well deserving of his brace. The second of which was superbly taken. The youngster is a constant threat and growing in stature and confidence game by game. Clearly he performs at his best when another striker acts a reference point, which allows Paulo to roam mainly the right flank, often seen deep, wide, central and always keen to charge at opponents, regardless of their numbers. Dybala is a legend in the making. Two goals, a beautiful assist and constant menace. 9.5

Made a few determined runs forward yet was let down by poor passing and wretched control. 6

Earned his trademark booking other than which kept things simple.6

Off the pace, his mind seems elsewhere. Perhaps in Manchester or Madrid. Good luck and good riddance, Alvaro. 6

We have won our fifth domestic title on the trot, in a season where we looked dead and buried until November. Which is a marvellous achievement. The squad has such fine spirit and togetherness. From the playful goal celebrations of Pogba and Dybala’s special hand shake and Chiellini’s boot worship, it is clear to see that the team is so very much together, sharing in each other’s joy, for glory is for all to embrace, as one club, all hearts beating in time, all spirits howling in concert. This spirit can take us very far indeed.

The future looks exceptionally bright. Such youthful exuberance had been meshed magically with seasoned stalwarts. Sandro, Dybala, Pogba, Sturaro, Rugani, Lemina and Neto all have their finest years ahead of them, and to be guided by the likes of Chiellini, Buffon, Barzagli, Evra, Bonucci, Lichsteiner, Khedira and Mandzukic offers the perfect foundation for our continued success.

The form of Hernanes has convinced me that we need not spend big on a replacement for Marchisio in the regista position. It takes a while to learn the ways of a new club and also of a new position and I believe that the Brazilian has now settled. Bring Mandragora into the fold, or even Vitale, and leave Hernanes to deputise for Marchisio. At times, almost solely since the turn of the year, I have seen him perform more prominently than even Claudio in the role. He has the experience and ability to anchor the side. And we have the youngsters to back him up if not challenge and push.

No major overhaul is required. And with the new home-grown rules coming into play from next season onwards there is a definite chance that rather than throw gold at other clubs, we can promote from within. Whilst Mandragora is recovering from a fractured foot, he is an obvious replacement in front of the defence. There is also Mattia Vitale, who after heading out on loan to Lanciano last January has proven his mettle. Another natural DM. I could stretch further afield and mention the fine form of both Gabriel Appelt and Ouasim Buoy. Four options for the regista role already on our books. Allegri has mentioned of late that we may well see several youngsters in the senior squad for next season. Pol Lirola could well come in to play apprentice to his idol Lichsteiner. Romagna offers an option at CB. We need a RB and CB and DM, all of which we have in the youth ranks and out on loan. The striker positions, which seem likely to become open, are a different matter entirely, such is the immense value of goals. 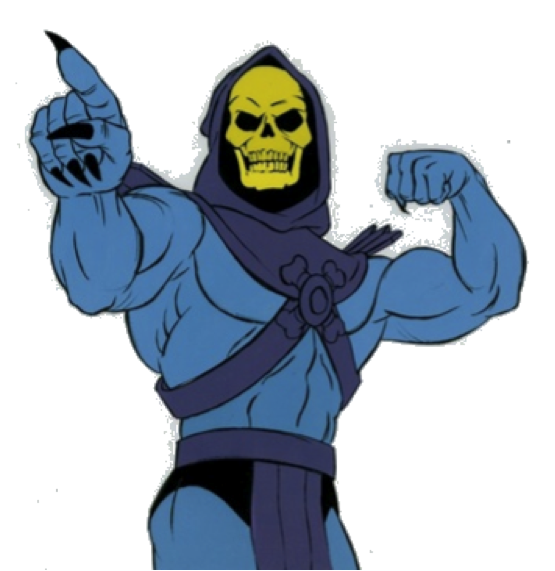 The tabloids are full of Morata heading elsewhere. Zaza may also seek more playing time. Yet if the firmest inklings are to bear fruit, I will be pleased to see that duo replaced with Cavani and Berardi. For we will be stronger.

Before allowing these steadily increasing in frequency yawns to draw me to slumber, I will mention the new juvefc forums which are set to launch in the near future. Very much still a work in progress, Rav and I have laid down the foundations and please, feel free to register and get involved. They can be found here>>>

The celebrations have caused my heart to smile.