Juventus were scintillating as they put seven past Sassuolo to keep pace with Napoli at the top of the table. 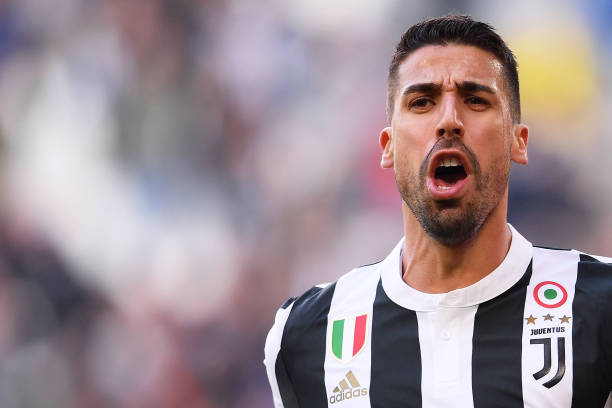 The entire team came out on top today – The defence was foot-perfect, the midfield looked in utter control and the attack was clinical and ruthless. Gonzalo Higuain and Federico Bernardeschi were the two high points for me, and both were the biggest winners, albeit for different reasons. Pipa benefited greatly for having Fede on the pitch with him as the youngster cut in from the right and provided two smart assists to help Higuain on his way to a hat-trick. Bernardeschi’s movement and passing was on point throughout and it’d be hard for Max to justify dropping him any time soon, considering his impact in recent games.

Sassuolo were abject from the off and they lost more than just the game. The players took an absolute battering and too many of the ‘big’ names were MIA for most of the game, leaving them on the wrong end of a seven goal hiding. No matter their weaknesses and frailties, it was a truly poor display from the Neroverdi throughout the game and it leaves them winless in five games, firmly perched above the relegation zone.

The 4-3-3 formation is finally starting to produce the kind of results we hoping for in the attacking end of the pitch. When we’re able to control and dominate an opponent from the midfield in the way we did against Sassuolo, it was inevitable that the quality of service in the final third would improve…..but I don’t think anyone expected the kind of display the team put on today. Bernardeschi should be singled out because for his physicality and movement in and around the Sassuolo box, while Gonzalo Higuain is returning to his clinical best, a game at a time. The defence was untroubled, the midfield had a good balance of brute force and elegance and the attack fired on all cylinders. Perhaps the most telling part of the game and the result is that despite the absolute dominance of Sassuolo, Juventus are definitely capable of even more. 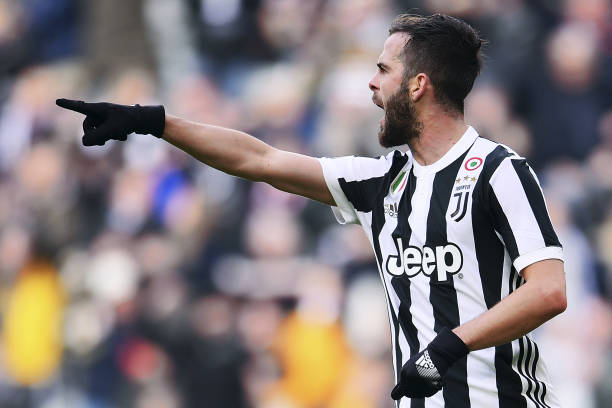 Andrea Barzagli was injured in the warm up while Blaise Matuidi, Daniele Rugani and Sami Khedira were substituted off during the first 45 minutes. While reports from Sky Italia suggest that Barzagli, Rugani and Khedira are all okay, Matuidi is a doubt for the Spurs game, as confirmed by Max Allegri in his post-match comments:

“Matuidi won’t be there against Tottenham. I think it is a muscular problem. However, there are no problems for Barzagli, Khedira and Rugani. They have come out or haven’t played as a precaution. Douglas Costa will be back on Friday as well, so we have the necessary players to play.”

Only Benedikt Howedes and Paulo Dybala remain long-term absentees with La Joya’s recovery expected to take at least another week while Howedes should return to training soon.

A trip to Florence awaits us on Friday, and with it comes a whole set of new challenges. La Viola are starting to find their feet under Pioli with players like Giovanni Simeone and Federico Chiesa spearheading an impressive attacking lineup. The Franchi is an intimidating place to visit at the best of times, and with Juve lacking Matuidi in midfield, we’ll have to play at our best to get something from the game. On occasions, it seems Fiorentina like to save their best football for when Juve come to town and I’m sure the players will be prepared, especially Ferderico Bernardeschi who looks almost certain to start the match. The 4-3-3 is serving us well, and while it initially helped provide the balance in midfield and the support that the defence needed, today we saw what it can offer in attack if we play a little more directly and on the front foot. Lets hope it works just as well in Florence. 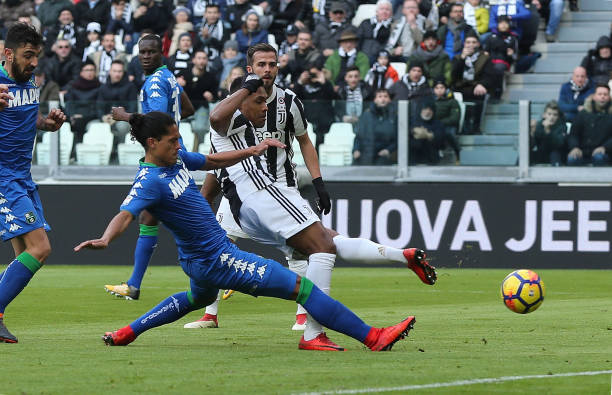 To say Sassuolo were poor would be an understatement. The team has really struggled since Eusebio Di Francesco left them for Roma last summer and the promising youngsters in the squad seem a little jaded under Beppe Iachini. Domenico Berardi, their go-to guy in seasons past, barely registered on the pitch while Matteo Politano created nothing of note for the entire 90 minutes. But for a few decent saves from Andrea Consigli, the outcome could have been far worse and I Neroverdi are slipping dangerously down the table, a week at a time. At some stage, the manager needs to start putting together the results to keep them safe, but first of all, he needs to breathe new life into a weary and tired looking squad. 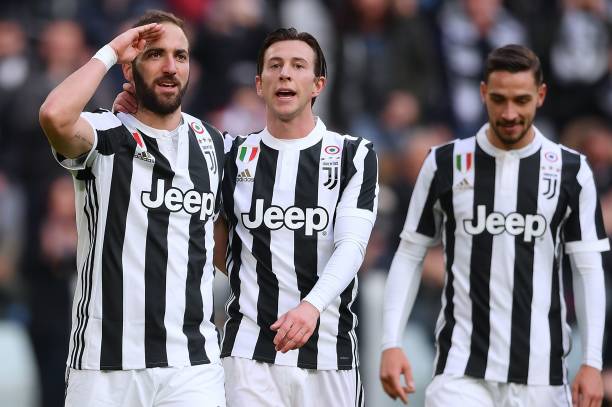 Federico Bernardeschi was in sublime form, pressing Federico Peluso high up the pitch, cutting in to play behind Higuain and generally causing the Sassuolo defence all kinds of problems. He forced at least three decent saves from Consigli to go alongside the two assists that helped Higuain on his way to a hat-trick and he offers so much more in the final third than Juan Cuadrado – With Mattia De Sciglio behind him, he has license to be the attacking conduit we need down the right to help bring Higuain into play. It’s testament to the youngster that he’s never kicked up a fuss or made any form of complaint whatsoever, despite his lack of playing time. In 620 minutes of action this season, largely from the bench, Fede has provided five assists and scored four goals in some really promising displays. He seems a player that’s only going to improve with more playing time and definitely an exciting prospect for the future. 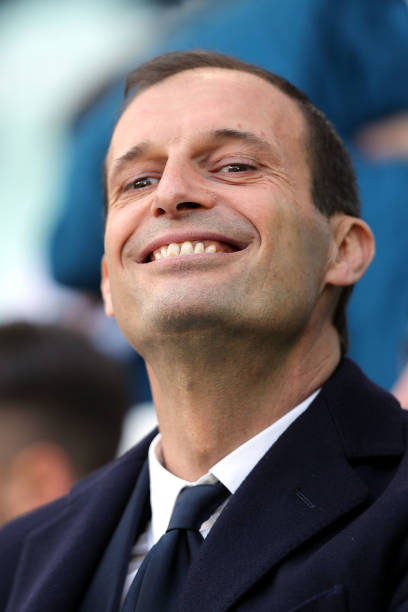 Max got it right today – Every part of the pitch was near perfect. Bernardeschi was a more potent attacking force in the opposition half and he warranted his place in the starting XI, the hope being that Allegri continues to use him more consistently. The inclusion of Rugani seemed more of a forced choice due to Barzagli’s injury in the warm up and it was odd to see him taken off at the start of the second half, along with Khedira, especially as both had played really well until that point. Sending on Sturaro made sense from a defensive perspective, but with the game already won, it would have been nice to see Rodrigo Bentancur get some minutes and add some spark to the midfield, even if things would have been a little unbalanced. Overall, no complaints at all as Max continues to rotate the team well while keeping us in all three competitions with the business end of the season in sight. 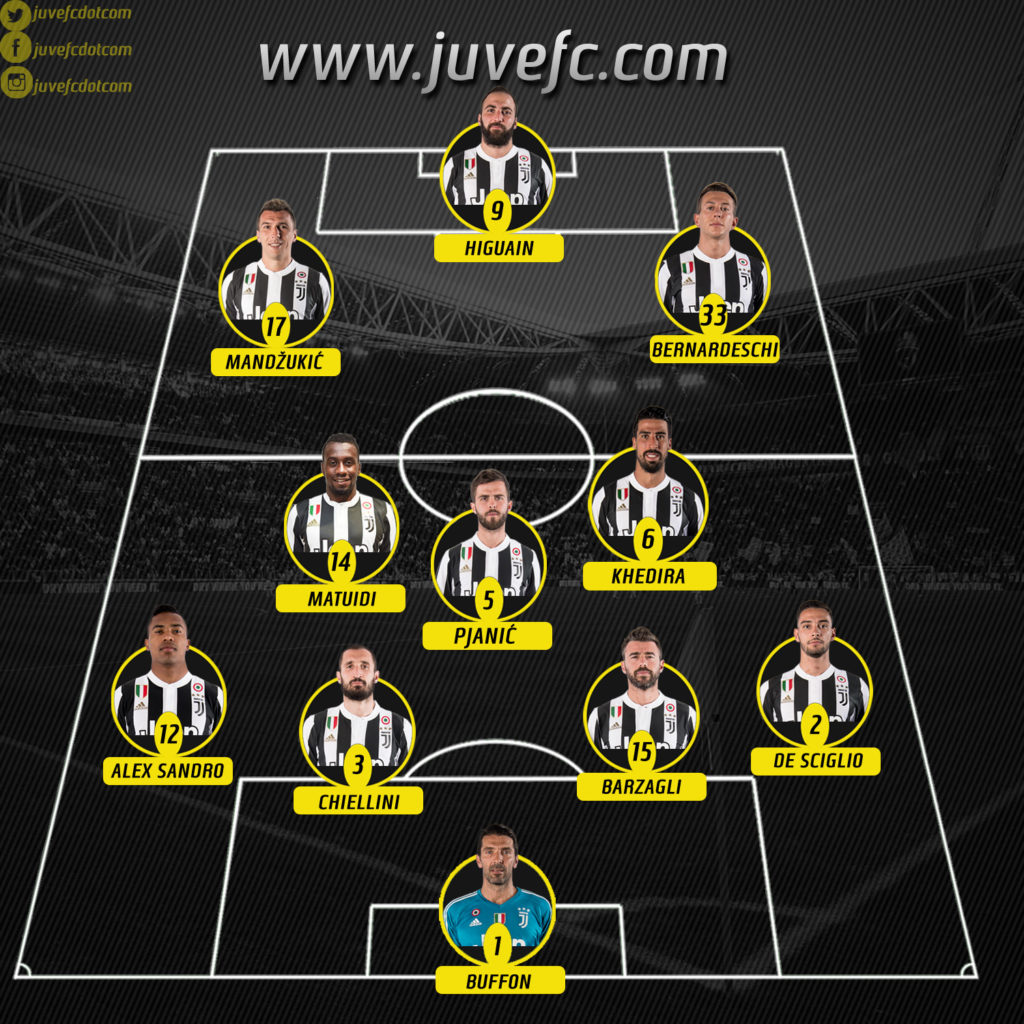 The perfect selection, considering the players available. The team looked balanced from the start and the midfield had the energy and industry to control the game from the centre of the pitch while the forwards and full-backs did a great job of keeping Sassuolo fenced in. Pjanic in midfield only improved as the game developed while Bernardeschi was one of the standout players for me with his movement on and off the ball. It was great to see Higuain back in the goals and the only sour note was the introduction of Sturaro who looks inept at this level. the 4-3-3 has to be the way forward for us during the remainder of the season, as it offers us everything we need to play a truly balanced game.