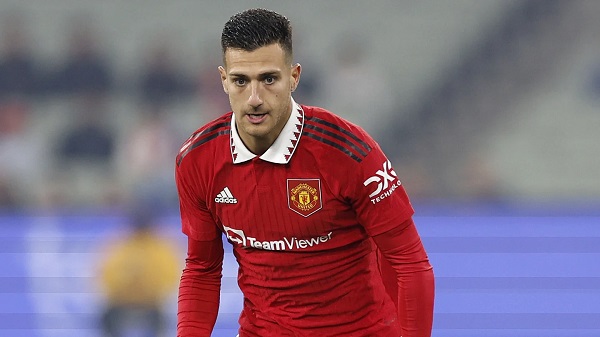 Juventus and Barcelona to compete for Portuguese fullback

While Juventus are in a dire need for left-back, the team could do with a new right-back as well.

Juan Cuadrado has failed to impress this season and Mattia De Sciglio is hardly convincing. While Danilo is deservedly Max Allegri’s preferred choice, the Brazilian’s future could lie in more central role.

Therefore the Bianconeri are searching the market for a new right-back, stumbling upon the name of Diogo Dalot.

The Portuguese has been a regular feature in Manchester United’s starting eleven this season, but his contract will expire in 2023 – although he has an option for another year according to Transfermarkt.

However, the Italians will apparently face some competition in their attempts to bring the former Milan loanee back to Serie A.

According to Sport via Calciomercato, Barcelona are also interested in the services of Dalot and will offer some stern competition for Juventus.

The 23-year-old started his career at Porto before making the switch to Old Trafford in 2018.

He initially struggled for playing time and spent the 2020/21 campaign on loan at Milan, but now he has managed to earn the trust of the Red Devil’s new manager Erik ten Hag.

But with other top clubs like Barcelona vying for his signature, the mission might be a complicated one, especially if the Bianconeri fail to reach the Champions League which is becoming a plausible scenario with every passing week.

Click here for the latest news on Real Madrid, Barcelona and Spanish football in general