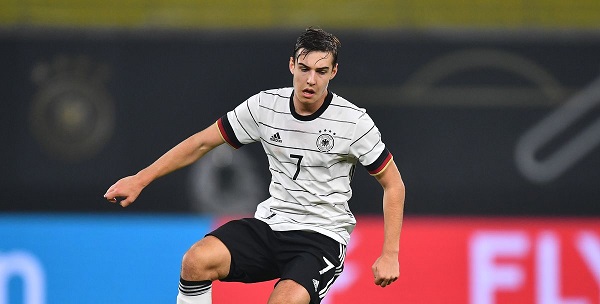 Florian Neuhaus is celebrating his 24th birthday today as a Borussia Monchengladbach player, but his next birthday party could take place elsewhere.

According to France Football (via Calciomercato), a host of European clubs are on the trail of the German midfielder who is set to leave his club by the end of the season.

Juventus and their arch rivals Inter are among the clubs mentioned in the report.

Nonetheless, the Serie A pair will have some unwanted company in the race for the central midfielder.

Similarly to other rising Bundesliga stars, European champions Bayern Munich are taking part in the prestigious battle for the 24-year-old’s signature.

Additionally, Premier League duo Manchester City and Liverpool are also hoping to secure the services of Neuhaus – if the report is to be believed.

The midfielder had joined Gladbach on a free transfer in 2017 after ending his spell at 1860 Munich.

The young man has been on a steady rise, and became of the pillars of Marco Rose’s side.

Neuhaus has so far took part in 24 league matches this season, scoring 4 goals and providing 5 assist in the process.

Moreover, the German has been an ever-present player throughout the club’s Champions League campaign, helping his side to progress from the group of death, which also featured Real Madrid, Inter Milan and Shakhtar Donetsk.

However, the player and his club now face an uphill battle against one his reported suitors – Man City – in the round of 16, after losing the first leg in a 2-0 result.

Italian journalist claims Juventus would pursue Napoli on one condition

Video – The first international goals for Bettega, Camoranesi and Marchisio