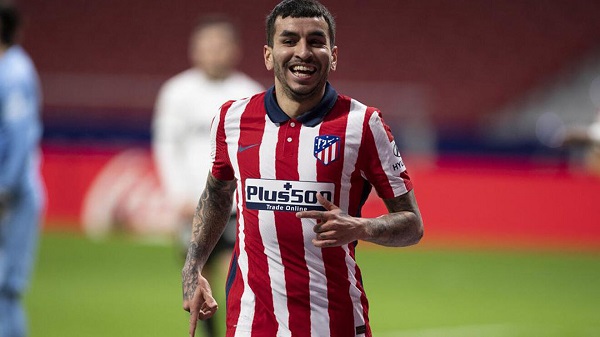 As we all know, it wouldn’t be a transfer session without at least one good battle between arch rivals Juventus and Inter.

Last summer, the Bianconeri memorably pipped the Nerazzurri for the signature of Gleison Bremer following a back and forth battle.

While the January transfer market is still several months away, we can still expect it to feature some confrontations between the Derby d’Italia rivals.

According to Calciomercato, Juventus and Inter will go head-to-head for two players who are currently on the fringe at their respective clubs.

The first battle could ensue on Angel Correa’s front. The 27-year-old is a versatile attacker who can serve in various positions between the frontline and the wings.

The talented Argentine has been a part of Atletico Madrid’s squad since 2015, but these days, he rarely features as a starter – although he remains an impactful super-sub in Diego Simeone’s book.

But with a contract that expires in 2026, Correa is unlikely to come cheap.

As for the second battle, the two Italian giants could clash for the services of Leicester City defender Caglar Soyuncu.

The Turkish centre back fell from grace recently, becoming an afterthought at the East Midlands club. He’s yet to play a single minute of Premier League action this season.

While the 26-year-old was likely looking for a summer exit, a deal failed to materialize. Nonetheless, his contract expires at the end of the season, so the Foxes should be willing to accept a relatively low fee come January.