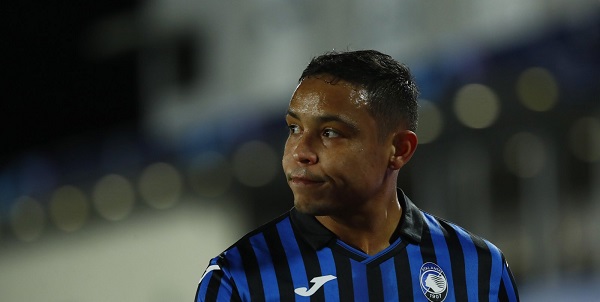 Juventus and Napoli could battle for experienced Serie A striker

Just when you think that Juventus have been linked with every striker on the market, a new name emerges on the scene.

This January, Jeremie Boga should make the switch from Sassuolo to Atalanta.

This would leave Gian Piero Gasperini with an over-crowded attacking unit. Therefore, La Dea could be looking to offload Luis Muriel.

The Colombian is a prolific striker with a vast experience in Serie A. However, his manager often favors his compatriot Duvan Zapata.

According to Quotidiano Sportivo via JuventusNews24, several clubs will be interested in the services of the Atalanta striker. But Juventus and Napoli might be at the top of the list.

The Bianconeri are looking to bolster their misfiring frontline, and Muriel could fit the bill for Max Allegri,

On the other hand, the Partenopei are hoping to find a replacement for their captain Lorenzo Insigne. The Euro 2020 winner is expected to leave Southern Italy and sign for Toronto FC either in January or June.

Well, if we’re going to sign a striker from Atalanta then most of us would dream of Zapata rather than Muriel.

Nevertheless, the latter is a reputable attacker himself, but we’re not sure if he’s the right type of forwards that Juventus need at the moment,

At this point, we can only wait and see if the Bianconeri will be able to advance in the negotiations for their reported transfer targets.

Ibrahimovic and Kulusevski miss out on Swedish Golden Ball