Juventus and the European Super League 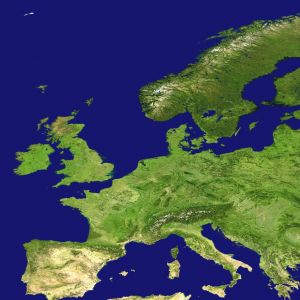 The European Super League failed to get off the ground

Juve have other problems to concern themselves with at the moment. Currently sitting 8th in Serie A and on the back of a heavy defeat against Chelsea in the Champions League you can forgive Allegri for concentrating on the next match. The elephant in the room however, and one that still refuses to be ushered out is the situation with the European Super League. So let’s recap what happened, why it came about, and what the future of it appears to be, from a Juve perspective.

What was the European Super League (ESL)?

Twelve of the top teams in Europe planned to break away from both their domestic leagues and the Champions League to form their own separate “super” league. Those clubs were Arsenal, Chelsea, Liverpool, Manchester City, Manchester United and Tottenham from England, Juve, AC Milan and Inter Milan from Serie A and Atletico Madrid, Barcelona and Real Madrid from Spain. They hoped three more clubs would join them, though several of those who you would have thought would be included, such as PSG, and Bayern Munich publicly turned down and distanced themselves from the project.

The three people behind the project were Andrea Agnelli, Joel Glazer the co-owner of Manchester United, and Real president Florentino Perez, who it is understood was the main driving force behind the idea.

Why did it happen?

It would perhaps be too simplistic to say it was all about money, but like with most things in the world, and in football, that was the main motivation. The catalyst was the proposed reforms to the Champions League. The Italian and Spanish clubs also saw themselves in danger of getting left behind the clubs from the dominant EPL, who’s clubs enjoy greater TV revenues than their European cousins. No doubt Agnelli wanted to take full advantage of the position that he had got the club back into, having transformed Juve on and off the pitch since taking over in 2010. The reason the EPL clubs wanted in is less clear, apart from the fear of missing out.

There is no doubt that it was a gamble, and one that Andrea Agnelli along with his counterparts at Barcelona and Real felt they had to make. Unfortunately for them, as opposed to one where you get free spins, bonuses and tips, it was all or nothing, and it looks like they may well end up with the latter.

The clubs must have expected some sort of backlash, but it is evident they were not prepared for the scale or extent of the one they received. Almost immediately the English clubs withdrew from the project, apologising to their fans. UEFA and FIFA added their weight to the dissenting voices, even going as far to state that any player involved in such a move would not be able to play in their international competitions. It looked dead in the water, but Agnelli, Perez and Joan Laporta, the recently appointed Barcelona president and someone looking at a huge black hole in his club’s finances, refused to close the project down. 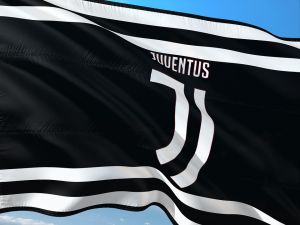 Agnelli’s first and foremost concern was the future of Juve

The European parliament voted to put in legislation that will stop the league – and others like it – from happening now or in the foreseeable future. The backlash among fans in Italy was not as vociferous as in England, but Serie A officials made it very clear that they would push to have Juve expelled if they continued to be involved with a breakaway league. The financial problems at Barcelona, and to a lesser extent at Real Madrid are not such an issue for Agnelli, but the problem with the league being seen by television executives as a poor relation to the EPL has not gone away, and their ability to compete on a level playing field with the likes of the Manchester clubs, Chelsea and Liverpool will only lessen further in the coming years. Something needs to be done, plan A failed, but it is very unlikely a man of his ambition and skill will not have others up his sleeve. They will however very likely be ones that are more inward looking than changing the face of European football.

How can Juventus get back in the title race by the new year?