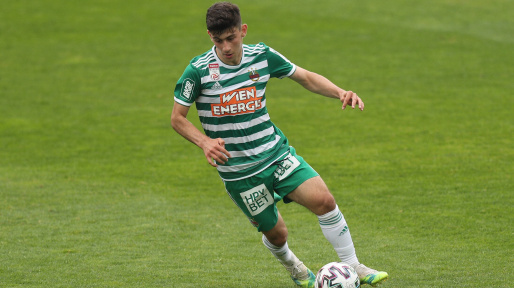 The 17-year-old is arguably the biggest talent from his country right now, and it is only a matter of time before he leaves Austria Vienna.

He has been playing senior football for the Europa League campaigners this season and has put in some fine performances.

His fearless showing has caught the attention of Juve and other top European teams.

Calciomercato says the Bianconeri have put themselves in pole position to sign him after they tabled a 6m euros bid for his signature.

Both teams should have reached an agreement in the last transfer window, but Vienna wants more money and has asked for 8m euros.

This is because they have seen the likes of Manchester City become interested in signing him.

Despite the increased competition for his signature, the report says Juve remain confident of making him one of their first signings of the summer.

They want to land him as soon as possible, but they are also willing to take their time in negotiating a good deal for themselves.

The youngster, who can play in several attacking positions, has played 19 competitive games for them this season.