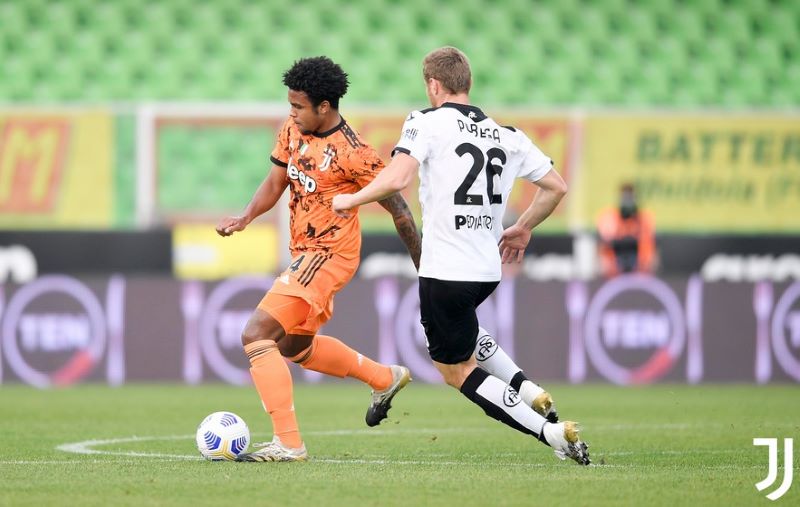 Juventus back to winning ways thanks to Ronaldo return

Cristiano Ronaldo assured Juventus made their return to winning ways, scoring a brace against Spezia, with his first coming moments after entering the field.

The Old Lady started the game brightly, causing trouble up the field and looking certain to take control of the tie early on, and we did just that.

Alvaro Morata got the ball in the back of the net only to see the offside flag raised, but upon VAR checks, the goal was given. The Spaniard will have been rueing his luck after having three goals go the opposite way in midweek.

Just as he will have thought the curse was broken, Morata once again had the ball in the back of the net, but the referee declared the goal as offside. I would be interested to see the the replay in further detail…

That lead was short-lived also, after Spezia levelled thanks to a deflected effort, which left Buffon with little time to react to the shot.

We went into the break level, and certainly feeling a litle hard done-by, but the feeling was that the result wasn’t going to get away.

We started the second-half brightly, as we seeked to regain the lead, but it was Cristiano Ronaldo’s return which made all the difference.

The 35 year-old took only two minutes to get on the scoresheet, and put our side back into the lead having replaced Paulo Dybala just before the hourmark.

Adrien Rabiot also scored off the bench shortly after coming on, before Federico Chiesa was brought down in the box to earn a penalty, which CR7 put away sweetly to secure the victory.

The superstar wasn’t able to complete his hat-trick, but his performance will have lifted the players after a tough couple of weeks, and we can now concentrate on securing a string of positive results.

Was there ever any doubt that the three points would come? Did Ronaldo make all the difference or was the result coming regardless?