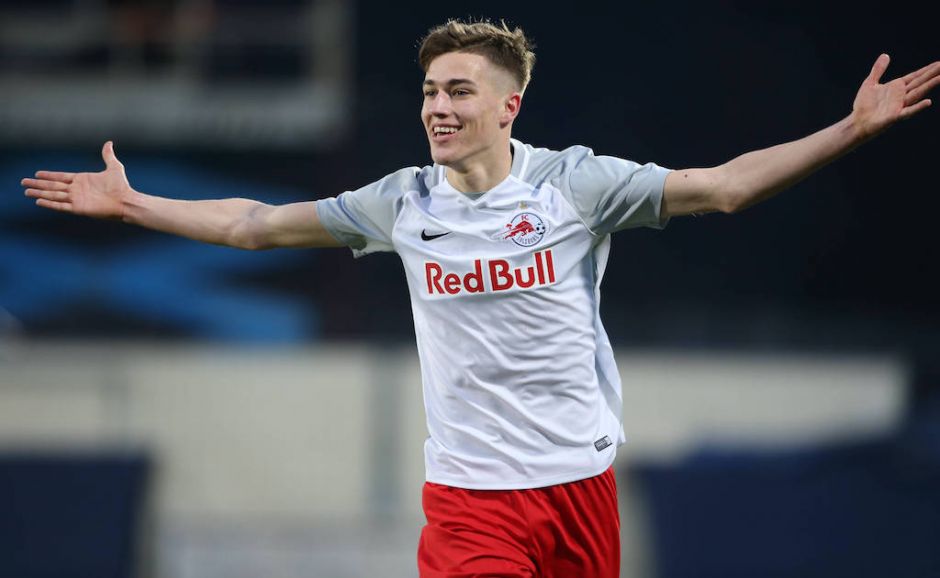 RB Salzburg is renowned for developing some of the game’s finest players in Europe and it seems that they may export one player to Juventus soon.

The Austrian side had developed the likes of Sadio Mane, Naby Keita and Dayot Upamecano.

The latest top talent to turn the heads of European teams from them is 18-year-old Croatian midfielder, Luka Sucic.

He currently plays for their feeders team, Liefering, but he might not be there for long if reports from Calciomercato is to be believed.

The report claims that the 18-year-old, who starred for Salzburg’s Under19s in the UEFA Youth League last season, is being tracked by Juventus and AC Milan.

He has just signed a new deal with the Austrian side until 2024 as they look to safeguard their top talent’s future.

The midfielder has been likened to Serie A star, Sergej Milinković-Savić for his display from the middle of the pack despite being so young.

He has also shown a knack for scoring goals after he netted six times in the UEFA Youth League last season.

His goals came against the likes of Napoli, Liverpool and Real Madrid.

Juventus haven’t been bothered by the market for youngsters for a long time, but it seems that Andrea Pirlo wants to change that and they will look to beat Milan to signing Sucic.