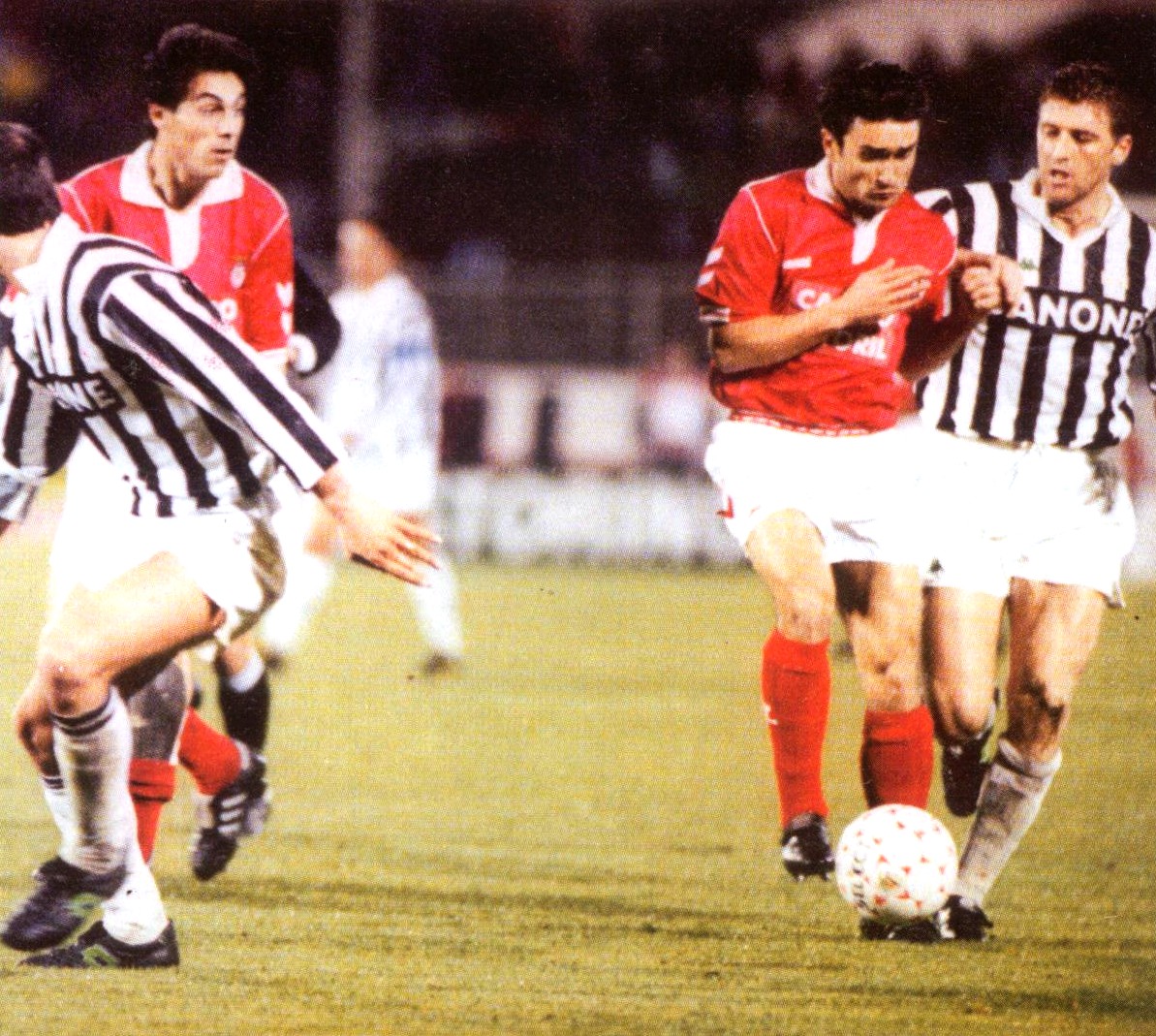 We’re here. This is it. After tomorrow’s game we will have a much better idea of what type team this Juventus is, and what type of achievements they will make this season. Of course, a third straight Scudetto is nothing to scoff at, but Europa League failure would be disappointing. Particularly following December’s Champions League failure.

Benfica may have won the first leg 2-1, but Juventus grabbed that all important away goal. A 1-0 victory sees them through. However, 1-1 and they are done. Barring a very high scoring game, a one goal victory will see them through. Benfica have nothing else to focus on as they already won the Portuguese league. Benfica really played well versus Juve in the first leg, though it remains to be seen if Juventus Stadium and the “12th man” can play a role in the second leg.

Judging from the early reports, Juventus will have a nearly identical lineup to the one that started last Thursday. Just, they will have Arturo Vidal back.

In goal Gigi Buffon will start, and hopefully he won’t get screwed over by centerbacks getting caught out or completely failing to mark their man on corner kicks. You know, like last week.

The defense sees some changes from the Sassuolo game, Martin Caceres is again getting the start over Andrea Barzagli. I see this as the right move, Caceres’ speed is useful against Benfica’s attack and Barzagli isn’t in top form anyway at the moment. Giorgio Chiellini and Leo Bonucci will be paired with Caceres. Bonucci was rested for the Sassuolo match, though he did play a bit at the end. Both Chiellini and Bonucci had errors on Benfica goals last week, hopefully they tighten that up for tomorrow.

Stephan Lichtsteiner and Kwadwo Asamoah will be the starting wingbacks, and they have a very important job in both creating and defending against Benfica’s wide attack.

The midfield sees the big change, with Vidal returning. Despite reports to the contrary, Vidal’s knee is alive and well. Vidal will most likely partner Andrea Pirlo and Paul Pogba. I wouldn’t mind seeing Marchisio in for Pogba, as while Marchisio is not as good at taking on defenders one on one (or two on one) he is better at marking and organizing, particularly on the counter attack. It’s very possible that, whether it be Marchisio or Pogba playing, whichever player isn’t starting will later be subbed on.

It seems Conte is still undecided on which striker should partner Carlos Tevez up top. Tevez is in fine form, and he finally broke his scoring duck in European play. Reports suggest one of Sebastian Giovinco or Fernando Llorente will start. It could be a good game for Giovinco, as his speed and dribbling could come in handy against a counter attacking side like Benfica. Llorente could also provide some benefits as his strength in the box could give Juve an edge over Benfica’s skilled centerbacks. According to Sky Sport, Llorente is preferred to Giovinco, but Conte seems to wait until the last minute to decide on the strikers.

Not many changes for the Portuguese champions, at least compared to their lineup from last week. Andre Gomes is suspended due to yellow card accumulation, but this isn’t an Earth-shattering loss for Benfica. They did just fine without Nicolas Gaitan, for example.

Apparently Eduardo Salvio will be available to play for the match, but it’s highly unlikely that he will take the pitch as he is just returning from injury. Still, he is a dangerous player and his availability certainly won’t hurt Benfica.

Benfica’s starting defense should be identical to the one that came out last week. Hopefully Ezequiel Garay can be stopped on corner kicks this time though.

In the midfield, Ruben Amorim will replace the suspended Gomes. Amorim, like many other Benfica players, is capable of devastating teams. He was huge versus Tottenham, for example, where he grabbed two assists. He will be partnered with Enzo Perez, meanwhile Lazar Markovic and Miralem Sulejmani will return on the wings.

The striker pairing of Oscar Cardozo and Rodrigo will start, but seeing as how Lima scored that amazing goal last week, I would totally expect him to replace Cardozo at some point in the game.

Benfica had a tough 0-0 draw with FC Porto this weekend, but with the league wrapped up all of their focus and effort is on the Europa League. It will be a very tough match, but Juve have homefield advantage.