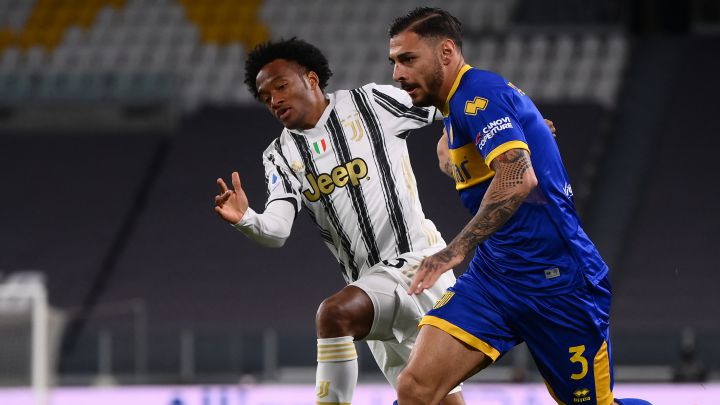 Juventus barely got out of second gear this evening as we beat Parma by a 3-1 scoreline.

The Old Lady were certainly not in a rush to push things in the opening exchanges, but was looking comfortable in possession and seemed happy to take their time in the build-up.

That lax start to the match did threaten to punish Juve however. Weston McKennie brought down the attacker outside the box, and Gaston Brugman fired his effort perfectly over the wall and into the far-side of the goal, leaving Buffon motionless.

The early warning was heard by Juventus, and a little more urgency was noticed, but it was another set piece which drew the second goal.

This time it was Juve to get on the scoreboard, with Juan Cuadrado’s corner going long, only to be knocked back into the box into Alex Sandro, who teed up the volley to fire home before the break.

The Brazilian defender doubled his tally for the season(and for the season) just after the interval also when Cuadrado’s cross bounced beyond Dybala to the far post, and he made no mistake of firing home once again.

Cristiano Ronaldo missed a couple of decent chances to put us further ahead, but it was another defender in Matthijs De Ligt who accomplished it.

Cuadrado whipped a corner in at speed, and both Sandro and De Ligt were in space at the front post, with the latter making the contact needed to fire beat the goalkeeper.

We continued to push up in search of more goals, but too many attacks were snuffed out on the edge of the box, and we eventually had to settle for the 3-1 victory.

Federico Bernadeschi came off the bench late after making his return from his recent contraction of the Coronavirus, but didn’t have enough time to make an impact.