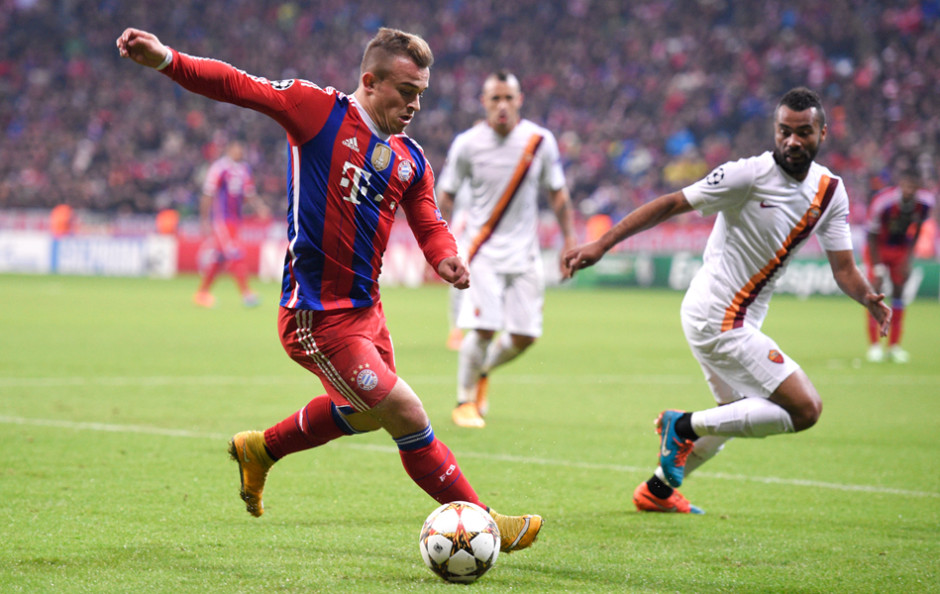 The January transfer window is almost upon us and with that in mind, we asked Juventini which players are on their Christmas wish-list.

Juventus have been linked with centre-backs more than any other type of player so far this winter. Surprising when you consider the Bianconeri have conceded the fewest goals in Serie A (7 goals in 16 matches) and have the most consistent central-defensive pairing in Leonardo Bonucci and Giorgio Chiellini.

The theory behind signing a defender seems to rest with Andrea Barzagli’s achillies injury and his gradual return to match fitness. Despite having Martin Caceres and Angelo Ogbonna to stand in, Juve have been linked with Porto’s Rolando, a player who’s yet to play a minute of competitive football this season and Inter Milan’s Nemanja Vidic who’s struggled to adapt in his first season in Italy.

Given that we currently have 5 recognized centre-backs at the club, the attention really should be focused elsewhere, specifically the full-back positions where we desperately lack realistic alternatives to Patrice Evra and Stephan Lichtsteiner.

The first name on every Juventino’s lips would be Matteo Darmian who only seems to be improving with each season. Given his versatility to cover either flank, his experience in Serie A and the fact he’s not cup tied, he’d make the ideal signing.

Other names on the list include Barcelona’s Martin Montoya whose agent spoke of Juve’s interest just a few days ago and Borussia Dortmund’s Marcel Schmelzer who looks set to leave the German side.

It’s pretty hard to improve on a midfield of Arturo Vidal, Claudio Marchisio, Paul Pogba and Andrea Pirlo, perhaps even more so when you have capable deputies like Roberto Pereyra, Simone Padoin and youngster Federico Mattiello on the bench. What Juventus really lack is a creative spark in the final third, a player to sit behind the front two in Max Allegri’s 4-3-1-2 formation.

Once again, it seems Juventini are almost unanimous in their agreement on the player they’d want; Bayern Munich’s Swiss midfielder Xherdan Shaqiri fit’s the mold almost perfectly and looks set to leave the German Champions. While he may be cup-tied he’s physical, dynamic, has devastating pace and can fit the role of the playmaker superbly. At 23, he still has a way to go before becoming the finished article but his raw talent is there for all to see and his salary and rumoured asking price look to be within Juve’s budget.

Carlos Tevez is leading the race for Capocannoniere this season with 10 goals to his name but with him out of the starting XI, Juve’s stuggle for goals seems all too evident. Fernando Llorente divides opinion and drifts in and out of games while Alvaro Morata has shown his latent talent in snatches. Sebastian Giovinco is almost certain to leave the club but it’s yet to be seen whether he lasts until the summer with Juve eager to cash in on the diminutive forward whose contract ends in 2015.

Juventus co-own Manolo Gabbiadini with Sampdoria but his sale to Napoli is all but completed and only an official announcement is pending. Domenico Berardi, another player co-owned by the Bianconeri, looks set to stay on loan at Sassuolo for the remainder of the season but Simone Zaza may be an option for Juve in the winter break. With Sassuolo looking to cut back on their wage bill, Juve could bolster their attack ahead of the Champions League by buying-out the strikers contract.

Another option for the Bianconeri is Rijeka forward Andrej Kramarić, a player whose already been linked with a move to Turin in previous weeks. Despite renewing his contract a week ago, the forward has already declared that “Playing for Juve would be a dream” and would be available for €12m.

We asked Juventini who they’d like to sign and these are just a few of the responses we had:

@juvefcdotcom I know that he is cup-tied but still, I want Shaqiri, because Pereyra isnt good enough.

@juvefcdotcom i think they should bring Zaza to the team. Thats the realest solution available as of now. — Ahmed Jamal (@A2JJ) December 24, 2014

@juvefcdotcom we should bring back Rugani and Berardi.

@juvefcdotcom all out for Mata

@juvefcdotcom shaqiri, obviously need of a difference maker that can also score goals

@juvefcdotcom forget Zaza and Berardi they aren’t coming in January. Juve will focus on defense, I wouldn’t mind Rolando

@juvefcdotcom Montoya and Berardi. If possible on loan with right to buy, Shaqiri to give QUALITY depth in league/coppa play. — l’avvocato (@cascarano) December 24, 2014

@juvefcdotcom Montoya and Kramaric. Both realistic and can increase our quality. Kramaric depends on when Gio leaves

@juvefcdotcom Montoya and Januzaj should be enough — Rato (@HazzadYahya) December 24, 2014

@juvefcdotcom IN: Zaza, Darmian, another FB OUT: Giovinco

@juvefcdotcom I would go for a left-back like Schmelzer & I think we need a playmaker/winger but I don’t think we will sign one in January — Khaled Al Nouss (@KhaledAlNouss) December 24, 2014

@juvefcdotcom we should bring back Rugani and Berardi.