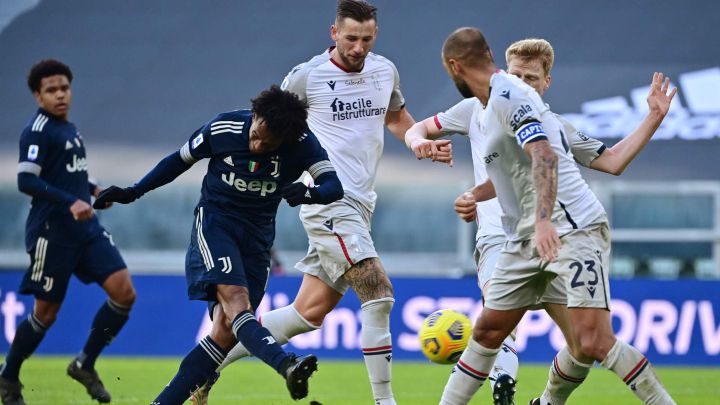 Juventus have put in a solid performance to claim all three points at home to Bologna today.

The Old Lady started the game calmly, maintaining possession and taking our time to analyse our opponents. While we were in no rush to push things, we were ahead after no time at all.

Wojciech Szczesny sent our team on the counter-attack with his long throw, and the visitors struggled to match our speed. They won’t be too happy with the strike that opened the scoring however after Arthur’s shot took a mean deflection off the defender and ricocheted into the other side of the goal.

We continued to pile forwards after the opener, and their goalkeeper Skorupski can take credit for pulling off a great double save to deny both Cristiano Ronaldo and Bernadeschi.

We went into the break at 1-0, and began to dominate more in after the restart. Our midfield was proving too strong for our rivals, and the chances were pretty much only coming at one end.

Their goalkeeper enjoyed a top performance, but he still wasn’t able to deny us a second. Weston McKennie leapt high to connect with Juan Cuadrado’s floated corner to power home from near the penalty spot to put the result further at ease.

Bologna certainly wasn’t the worst side we’ve come up against this season, but our team simply proved to strong in control of the match and were not to be denied.

After both Milan clubs failed to win yesterday, this result has put us to within seven points of top once again, with us still holding a game in hand.