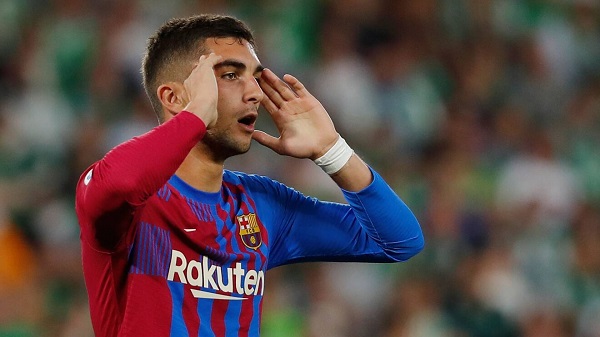 While Angel Di Maria was deemed as one of the biggest signings of the summer in Italy, recurring injury problems have prevented the Argentine from contributing to the Old Lady’s cause on a consistent basis.

The Argentine is widely expected to leave the club once his contract expires at the end of the season. He has already stated his desire to end his career with his original club Rosario Central.

Therefore, the Bianconeri are already searching for a replacement, and a recent report claims that Federico Cherubini is fishing in Catalunya.

According to Sport via TuttoJuve24, Juventus are considering a swoop for Barcelona winger Ferran Torres.

The 22-year-old started his career in Valencia, rising through the club’s youth ranks to became a pillar with the first team.

In 2020, he earned a big switch to Manchester City, before making another transfer to Barcelona in January 2022.

However, the Spain international is currently starving for playing time, with Xavi Hernandez favoring the likes of Ousmane Dembelé and Raphinha.

Nonetheless, the source warns that Milan are also keeping tabs on the situation, as well as some Premier League clubs.

After splashing 55 million euros for his services less than a year ago, the Blaugrana surely won’t sell Torres on the cheap. The young player is also tied to the club with a lengthy contract that runs until 2027.

So while striking a deal won’t be an easy task, the most reasonable plan for Juventus would be finding a temporary agreement with an option to buy.

How will PSG line up against Juventus in Neymar’s absence?