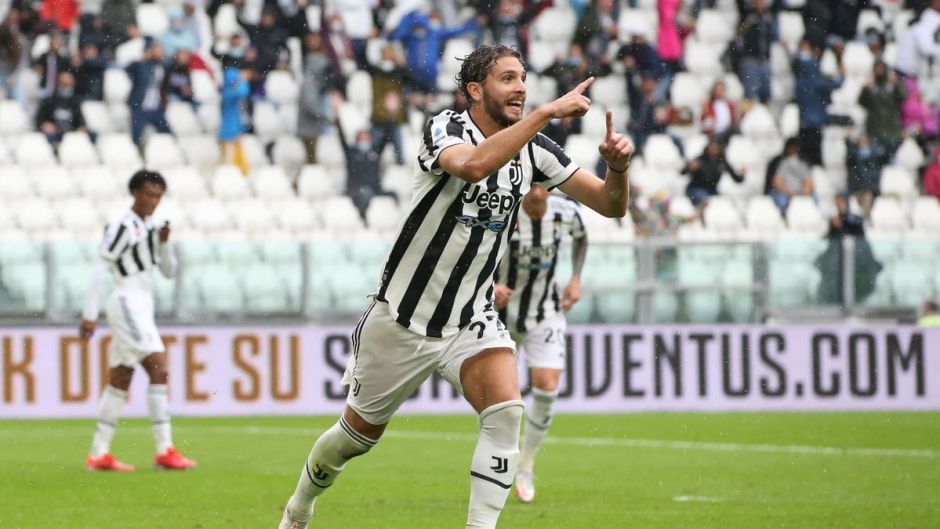 Juventus have claimed all three points with a 1-0 victory over Torino in the Turin Derby this evening, with Manuel Locatelli making the difference.

The Old Lady started the match brightly, carving out two goalscoring opportunities, but unfortunately they were both put wide.

The two sides began to cancel each other out after around 15 minutes of play, before the home side really came to life. Torino players seemed to be everywhere, breaking us down at every opportunity and piling forwards, but thankfully our defence was well up to the task.

At the break, Allegri moved to replace Moise Kean with Juan Cuadrado, returning Federico Chiesa to the CF role that he enjoyed against Chelsea in midweek, and it didn’t take long before we firmly took a grip on the flow of the play.

Our rivals clearly felt the pressure as they moved to get nine men behind the ball, and were making it extremely difficult for us to carve out chances, but a great ball in from Weston McKennie fell to Alex Sandro, but the defender hit it way too close to the keeper from close range.

It became almost one-way traffic shortly after that point, with the home side barely managing to get the ball out of their own half, but with 10 minutes to go and the deadlock still unbroken, Allegri moved to replace Bernadeschi with Dejan Kulusevki.

We finally got our breakthrough with just five minutes left to play thanks to Manuel Locatelli’s placed effort, although the goalkeeper did get a slight touch on it before it crossed the line just inside the right post.

We brought on Kaio Jorge for his debut having recovered from his injury setback, but I can’t recall him getting a single touch of the ball, but it was an important three points on the board, against tough opposition who will be gutted not to have got anything after such a hard-working display.