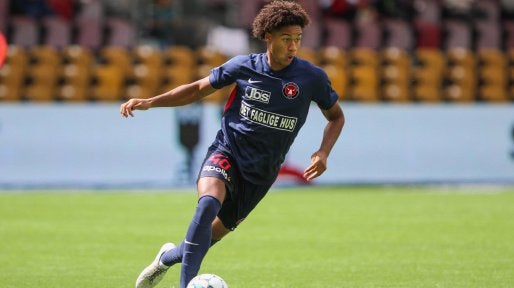 Juventus has targeted young players in recent transfer windows with the Bianconeri adding the likes of Dejan Kulusevski and Kaio Jorge to their squad recently.

It doesn’t seem they will stop soon as a new report says they are still monitoring a young Swedish talent.

Calciomercato claims the Bianconeri are keeping their eyes on Jens Cajuste as he continues to make progress.

He currently plays for FC Midtjylland as a midfielder and reports have tipped him to join a top European club in the future.

Juve knows several members of their current squad are getting old and some will not be at the club in the next two to three years.

The need to add younger players to the group is important and Cajuste could be turning out for the Bianconeri soon.

The report didn’t say how much Midtjylland would want for him, but Transfermarkt puts his market value at €7.00m.

Max Allegri has struggled to get the best from the young players at Juve right now.

However, because of their age, they still have the time to adapt to his demands and the Bianconeri will hope that happens sooner than later.

Nicolo Rovella is another midfielder Juve has signed and he could form a future partnership with Cajuste in midfield.