According to a new report from Calcio e Finanza, Juventus are expected to end the 2019/20 season in the red to the tune of €69 million.

According to what emerges from the accounts of Exor, the holding company of the Agnelli-Elkann family which holds 63.77% of Juventus, the club has in fact closed the period January-June 2020, marred by the Covid-19 emergency, with a loss of €19 million.

Considering that the club chaired by Andrea Agnelli closed the first half of the 2019-2020 financial year (July-December 2019) with a net loss of €50.3 million, it is reasonable to expect that Juventus’ financial statements as at 30 June 2020 will show a loss of about €69.3 million.

The figure must be taken with caution, considering that the Juventus numbers reported in the Exor half-year report are used for the drafting of the consolidated financial statements of the holding.

However, as has already happened in previous years, the figure that emerges from the Exor accounts, although different by a few thousand euros compared to that of the Juventus accounts, represents a reliable indicator to anticipate what the result will be for Juventus.

The Juventus board of directors will meet on 18 September to approve the financial statements of 30 June 2020. On that occasion, the exact size of the budget result for the 2019-2020 season will be known, with the victory of the ninth consecutive championship and with the elimination in the knockout round of the Champions League by Lyon.

If the loss of  €69.3 million were confirmed by the club’s board of directors, it would be the third consecutive negative result for club, who, between 2015 and 2017 had managed to close the balance sheets in profit, also thanks to the capital gains made. 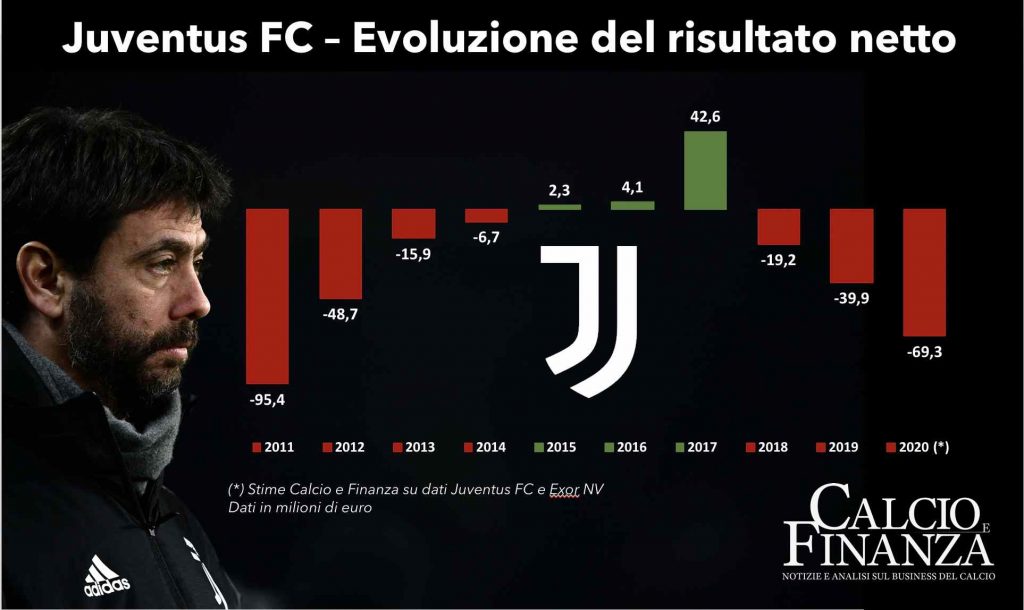 In ten years the aggregate debt of Juventus would instead rise to €246.1 million.