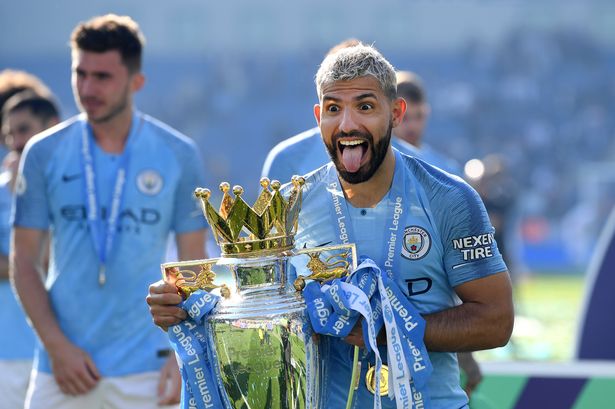 Whilst the whole European Super League debacle is still going strong, transfer rumors refuse to take a back seat.

Juventus, Real Madrid and Barcelona might be allies in their separative movement, but these clubs remains fierce rivals on the pitch, and more so on the market.

According to three sperate reports, the Bianconeri could be set to lose out in the races for three of their transfer targets.

Firstly, TYC Sports (via TuttoJuve) believes that Sergio Aguero is “very close” to signing a two-year contract with Barcelona.

The Argentine is set to leave Manchester City after ten excellent seasons with the Cityzens – well maybe except for the current one – and Juventus have been among the clubs linked with a move for the soon-to-be free agent.

On another note, the Catalans are also tipped to sign yet another potential transfer target of Fabio Paratici and company.

TuttoJuve also claim that Arsenal’s Hector Bellerin is set to complete a return to Camp Nou after spending ten seasons in North London.

The Spanish right-back is a product of Barcelona’s famous La Mesia academy, but ended up leaving his home country at a very young age.

Bellerin could be available for a transfer fee worth around 15 million euros.

Lastly, Don Diario (also via TuttoJuve) reports that Real Madrid are in the running for Hakan Calhanoglu.

The Turkish international will be a free agent by the end of the season – unless Milan somehow convince him to sign a contract renewal – and whilst the report claims that he likes the idea of joining Juventus, the Spanish giants are also interested in his services.