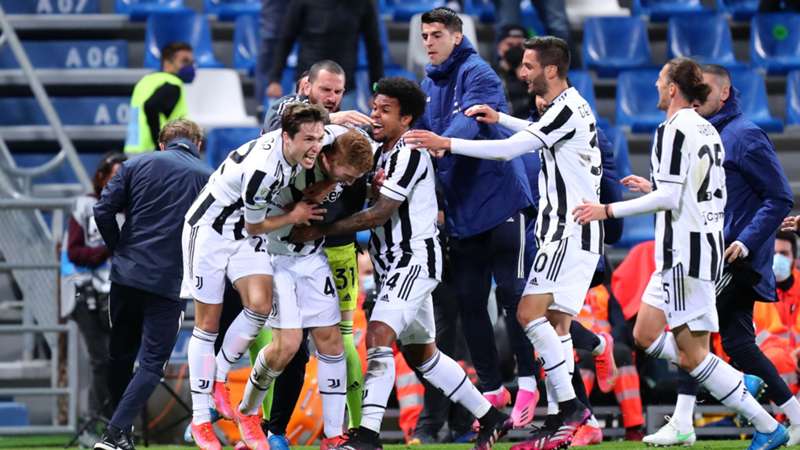 Juventus have despatched of Atalanta in the Coppa Italia final, winning 2-1 following an extremely solid performance.

La Dea started the match brightly, attacking at speed and causing all kinds of problems for the Old Lady early on. The defence and Buffon stood firm however, and after the referee rubbished strong calls from their players for a penalty around 15 minutes in.

While Juve had done very little in the opening 30 minutes of action, it was us who broke the deadlock.

Dejan Kulusevski made no mistake when picking up the ball on the edge of the box, and he curled it into the farm half of the goal.

Our goal didn’t deter Atalanta who once again got the bit between their teeth to push forwards, and their hard work did eventually pay off when Malinovskiy struck from just outside the box to level things.

We certainly couldn’t come out in the second-half as we did the first, and thankfully it was very much a game of two halves.

The Old Lady were much more assured after the break, and had to use all their focus to keep their rivals at bay.

The next breakthrough was all about Federico Chiesa. The Italian fought to win the ball back deep inside the Atalanta half, before taking control of the ball, beating the defender to run at the box, and played a neat one-two off Kulusevski to break in behind the defence before scoring.

His effort made up for both him and Swede’s chances moments earlier which forced the save from Gollini, and the pair were replaced shortly after with Leo Bonucci and Paulo Dybala entering the field.

Juve remained a strong unit for the final 15 minutes, and Buffon had very little work to do in goal, and there will be no complaints about the winners of this tie.

Juventus are Coppa Italia champions for a record 14th time.

Video: Federico Chiesa gives Juve one hand on the trophy with the goal