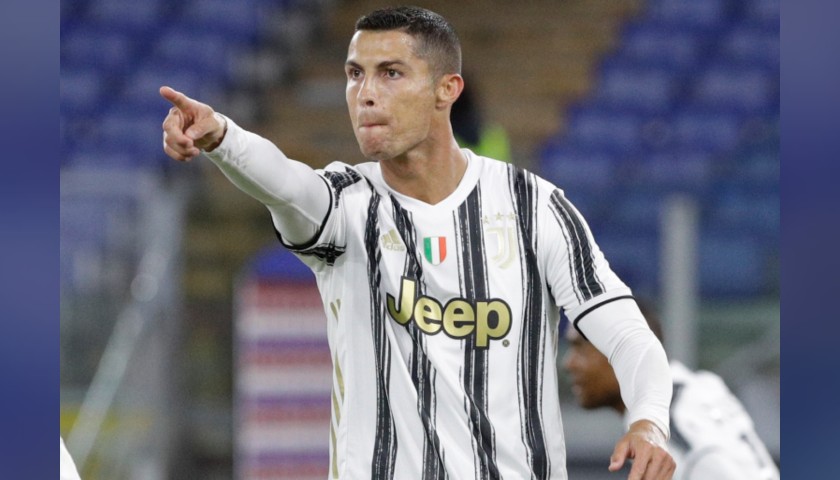 Juventus have earned a 3-0 win over Crotone in what could have been a bigger scoreline, as they close the gap to five points between them and Inter Milan.

The match started rather evenly, Crotone were relatively solid in limiting space in the final third, and the Old Lady were not enjoying the opening 30 minutes.

In fact the counter-attack of the visitors was looking the most dangerous, but that tide took a turn.

The final 15 minutes of the opening half could have seen the home team go into the break with a four-goal cushion, but Ronaldo only managed to score the middle two of those chances.

The Portuguese’s first goal came from a perfectly weighted cross from Alex Sandro, and the second came from Cristiano Ronaldo’s powerful shot from range, which happened to be parried into the path of Aaron Ramsey, who then meets the in-running CR7 who leaps high to head home once again.

Despite the second goal coming in injury time of the first half, there was still time for one more clear opportunity, but while Cristiano was put in with an open goal on offer, the superstar appeared unable to stretch far enough to guide the ball home.

The second half was an exciting watch, although only one team looked likely to score. The visitors were trying their best to be a force on the counter, but were forced to try their hand from distance, and Buffon wasn’t under any danger.

At the other end however, the goalkeeper was under plenty of pressure. On the hour-mark Weston McKennie fired our third goal in after our corner come loose in the box, with the American blasting the bouncing ball into the net.

Federico Chiesa and substitute Chiesa were working hard to bring more misery to the visitors, but were somehow denied, while Ronaldo couldn’t seem to find himself in the right spot to complete his hat-trick.

It was a bright performance in the end, and a much-needed confidence boost after successive losses, and I’ll be expecting more of the same in the next match against Verona as we look to keep in touching distance of Inter Milan at the top.