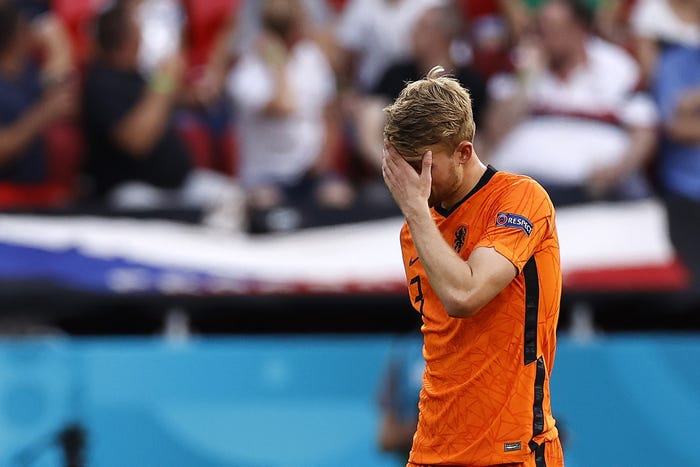 Following their impressive 4-1 win over their Belgian neighbors away from home, the Netherlands continued their formidable run in the UEFA Nations League with an another away victory, this time at the expense of Wales in Cardiff.

The Welsh thought to have grabbed themselves a 92nd minute equalizer through Rhys Norrington-Davies, but Woot Weghorst restored the Dutch lead at the death.

But despite the victory, there were concerns in the Louis van Gaal’s camp following the injury of Matthijs de Ligt.

According to JuveNews, the Juventus defender started the match, but had to leave at the 84th minute after sustaining an injury.

The source adds that the 22-year-old reported a problem in his right leg, and his condition will be closely monitored by the medical staff of the national team.

The Netherlands will host Poland this Saturday and then Wales next Tuesday in the final two fixtures of the international window.

Therefore, we’ll have to wait and see if de Ligt would be able to make a quick recovery and take part in the Oranje’s next fixtures or if his condition will require additional healing time.

After a long and grueling campaign, these injuries are ought to take place as the schedule has afforded the players with little to none rest period.

So at this point, we can only hope that these international fixtures don’t prove to be too costly, and that de Ligt and the rest of our players recover their energy before the beginning of the next campaign.