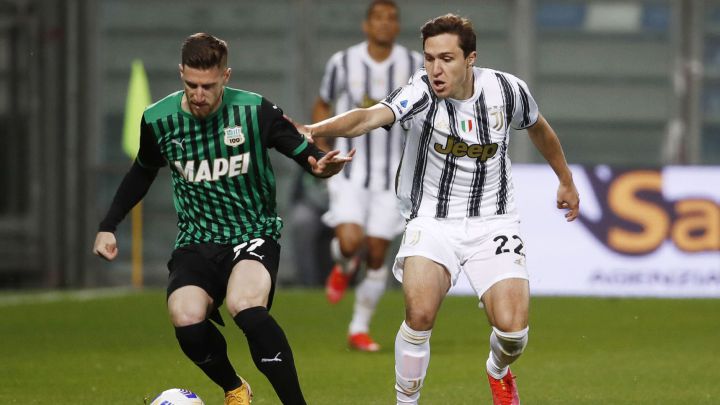 Juventus closed out a 3-1 victory over Sassuolo tonight, but the performance was one I would rather forget.

The Old Lady didn’t come out from the start with any emergency, and in reality, were very much second best on the pitch.

The best chances were all coming at the other end, with Gianluigi Buffon being put to work in goal, and he was even forced into saving from the penalty spot.

Thankfully, our rival goalkeeper was not at the best of his game, and he is eventually beaten from distance thanks to Adrien Rabiot’s well-placed effort.

The initial goal didn’t change the trajectory of the game much however, but despite sharing the spoils, we made it 2-0 15 minutes later.

That man Rabiot was again involved, this time launching his header deep into attack where Cristiano Ronaldo was headed, and he made no mistake in turning the defender to get his shot away to make it 2-0.

We didn’t come out after the break much better either, and it was no shock to find that it was the Neroverdi who struck next.

Begrudgingly, their goal was well taken after some neat passing, with Giacomo Raspodori beating Gigi Buffon with a well-placed effort to cut the deficit to one.

Their new lease of life was short-lived however as Paulo Dybala put us two-ahead minutes later. The Argentine’s clean chip was his 100th goal for the Black & White, and it could well be a crucial goal in regards to our campaign.

There was little to be excited about in the remaining 25 minutes of play, with Juve seemingly happy with the scoreline, and while our team closed out what looks a comfy win on paper, the performance was an eye-sore.

This is not my Juve.