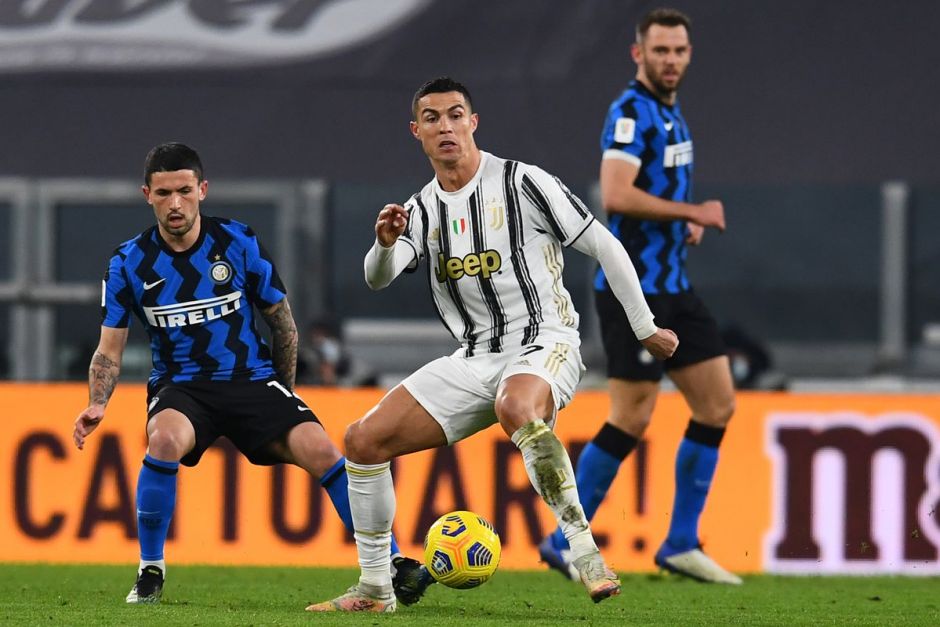 Juventus just saw off Inter Milan in a tense game to keep their hopes for a Champions League place alive.

Juventus started the game like they knew exactly what was at stake and they nearly took the lead on the 11th minute.

Some good work from Danilo and Federico Chiesa carved out the first good chance of the game, but an Inter defender blocked Dejan Kulusevski’s shot.

Juve’s intensity saw them earn two yellow cards within the first 20 minutes with Kulusevski and Rodrigo Bentancur getting cautioned.

The Bianconeri took the lead on the 24th minute after Chiellini was fouled for a penalty.

Cristiano Ronaldo scored the rebound after Samir Handanovic had saved his initial spot-kick.

10 minutes later, Inter had their penalty after VAR said Matthijs de Ligt fouled Lautaro Martinez, Lukaku made no mistake from the spot to draw the visitors level.

Juve didn’t want to go into the break on level terms and Juan Cuadrado scored an incredible goal in the 3rd minute of the first half added time.

Ten minutes into the second half, Rodrigo Bentancur gets his second yellow card for a shoulder to shoulder tussle with Lukaku. It was an incredibly soft sending off.

Andrea Pirlo brought on Weston McKennie for Kulusevski immediately to add a body to our midfield.

With 20 minutes to go, Pirlo takes out Ronaldo and Chiesa and replaced them with Alvaro Morata and Merih Demiral.

With eight minutes to go, Wojciech Szczęsny kept Juve in the game with an important save from Matías Vecino, but Chiellini scored an own goal a minute after that to draw Inter level.

With Juve’s Champions League hopes fading, Cuadrado won and converted a penalty to earn Juve all the points, two minutes from normal time.

Job done but Juve still needs Napoli to falter before they can play in the UCL next season.

Video – 10 man Juventus restore their lead with yet another penalty