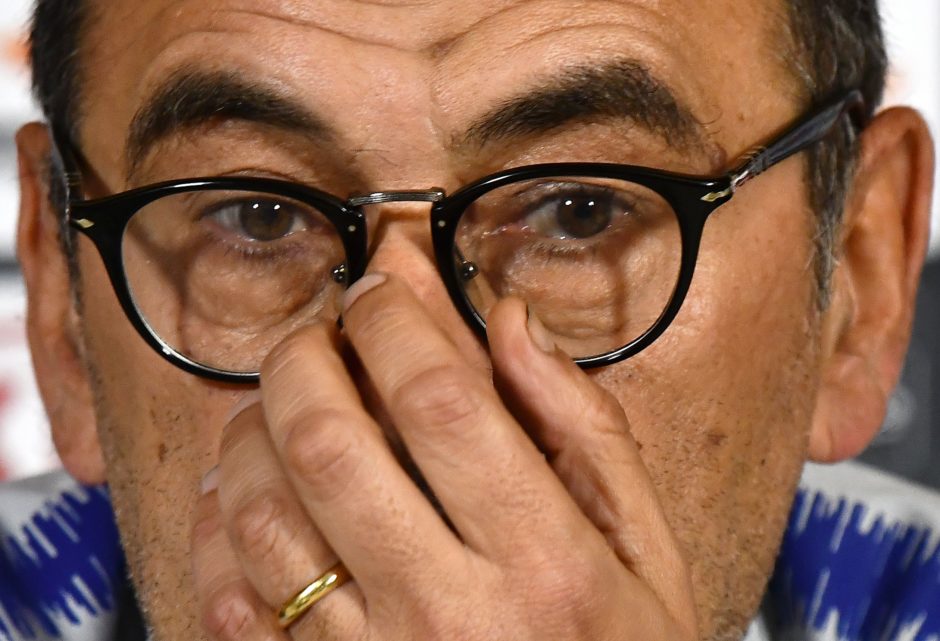 Juventus ever closer to Maurizio Sarri

According to the Corriere Dello Sport and La Stampa, Maurizio Sarri is increasingly likely to be Max Allegri’s successor at Juventus.

Allegri managed his last game in charge of the Bianconeri, overseeing a 2-0 defeat to Sampdoria with a much depleted Juve squad.

Ahead of the game, Juventus Sporting Director Fabio Paratici distanced himself from the rumours linking the club with Pepe Guardiola but hinted that Juve were waiting for the finals of the Europa and Champions League before making an appointment:

“We have clear ideas and are evaluating the situation. Until all the competitions have concluded, it seems only fair to remain quiet, out of respect for everyone.”

Corriere Dello Sport now report that a technical-tactical revaluation is expected and that Sarri fits the mould for the 4-3-3 that he prefers to deploy and his brand of football.

Relations between Chelsea and Juventus are excellent and there are no foreseen barriers to Sarri moving to Turin, following an indifferent season in London with the Blues.

La Stampa report along similar lines suggesting Sarri’s arrival would spark a revolution in terms of Juve’s approach and that Sarri has already given the go-ahead to a move to Juventus.

A potential move for Tottenham Hotspur coach Mauricio Pochettino is considered more complicated, given that Juventus would need to pay some form of compensation making Sarri the easier option.