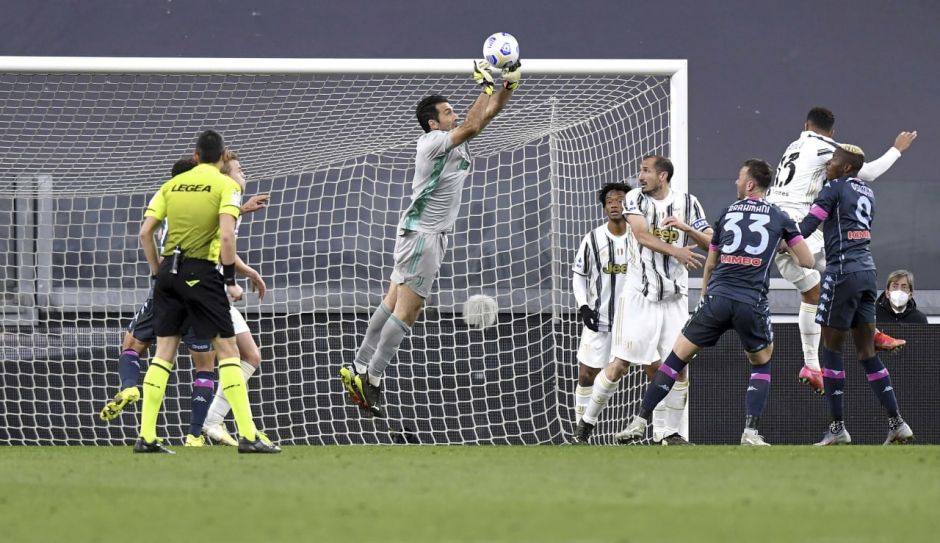 Juventus are claimed to be keen on extending the contract of Gigi Buffon this summer.

The 43 year-old got the nod to start in our must-win matchup with Napoli on Wednesday, and he didn’t disappoint.

Gigi put in a solid performance, only being beaten from the penalty spot in injury time, as well as coordinating his defence to remain solid also.

TuttoSport now claims he could be in line for a new deal. His leadership has never been questioned, nor has his commitment to the club whether he is a regular starter or not, and he is definitely a worthy back-up to the number one.

Buffon could well be set for an extended run of action however after Wojciech Szczesny was dropped after a disappointing performance against Torino.

The Italian is believed to be keen on playing on beyond the summer, despite his advancing years, and who could blame him when he is able to star between the sticks still.

We have been linked with the potential arrival of Gigi Donnarumma this summer however, who is into the final months of his current deal with AC Milan, and that could well affect our transfer plans. Corriere Della Sera (via TuttoJuve) claims that Champions League football could well play a key part in his decision on which side to sign with this summer.

The arrival of the Milan shotstopper could well mean that Szczesny could find himself in the shop window, and Buffon may well have some invaluable experience to pass onto his long-term successor for both club and country.

Could Buffon’s new contract play a role in our supposed pursuit of Donnarumma?