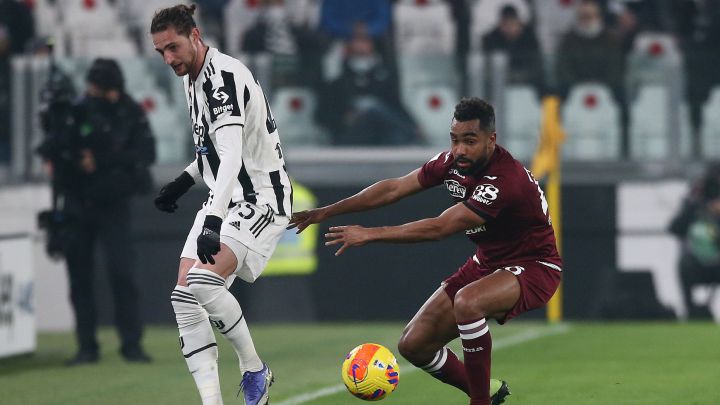 Torino may feel hard done-by after being held to a 1-1 draw away at Juventus, with the Bianconeri failing to turn up to the latest derby.

The Old Lady were rocked shortly before kick-off by the loss of Daniele Rugani, with left-back Luca Pellegrini coming into the side in his place, which meant that Alex Sandro was moved into the middle to act as a makeshift option in the middle.

It wasn’t the greatest start from our side either, with the visitors enjoying much of the possession and causing havoc in behind our defence. The first chances fell to them, with Wojciech Szczesny forced into the save from Brekalo early, while they were just one pass away from catching us off guard also.

After 10 minutes it was our turn to push up however, and Adrien Rabiot managed to get himself in behind their defence before carrying the ball into the box, only to unleash the out-swinging shot just wide of the post.

We had a corner shortly after, and Juan Cuadrado whipped it into the back post to be met by Matthijs De Ligt, who leapt high to send it home.

The game got a little scrappy as things went on, with both defences doing their jobs of keeping either side mostly at bay.

We looked to be tiring in the second-half, and Paulo Dybala was replaced shortly into the second-half, likely with the Champions League in mind, and unfortunately the opposing goal wasn’t far behind. Just five minutes after the Argentine was replaced by Weston McKennie, Andrea Belotti was found in the area by Brekalo to volley it home, although you could question whether Sandro or Szczesny should have done better to deny the Italian.

Vlahovic was later replaced by Moise Kean, and despite bringing on fresh legs we continued to be second-best. We ended up holding on for long spells of the second 45, before trying to carve out a couple of late chances, with two of our best late chances fizzling out as Cuadrado failed to get any form of decent connection to cross into the box with players lining up.

Do you think our defensive absences disrupted our preparation and ultimately played a bigger role in the way we wanted to play? Do we need to strap ourselves in for some tough times ahead?