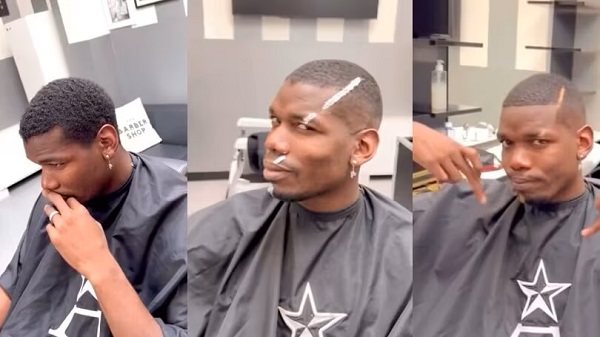 One thing Paul Pogba did that irritated Manchester United fans was spotting a new haircut every other week.

The French midfielder likes to be fashionable, and that makes him the centre of attention.

Sometimes he is more fashionable than effective when he plays, and that does not get him positive press.

In England, several pundits slammed him for spending way too much time on his looks than perfecting his craft, and he might have the same problem in Italy.

A report on Football Italia reveals he has revealed a new haircut yet again, despite not making his competitive debut for the Bianconeri yet.

This did not go down well with some of the club’s fans, who filled the comments letting him know exactly how they feel.

Pogba will finish his career wishing he had achieved more. Winning the World Cup, Europa League and multiple league titles with Juventus is a good CV.

However, the midfielder could have done more if he stayed focused and knew how to prioritise the right thing.

Juve awaits his second debut, and the club hopes he would be as good as he was during his first spell at the Allianz Stadium, or even better.

Otherwise, this transfer would be yet another bad piece of business.

Roma sends an important message to Juventus over transfer target