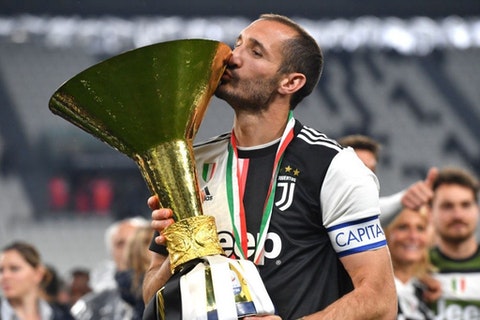 Juventus has had an inconsistent season and their current form probably confirms the fears of some of their fans when Andrea Pirlo was made the club’s manager in the summer.

The Bianconeri has won the last nine Serie A titles, and they are looking to win a tenth this season.

But their loss to Fiorentina in their last Serie A game just brought the reality that the current team is really a work in progress home.

Ibianconero ran an editorial in which they spoke to the club’s fans and urged them to be patient while the rebuild of their team is ongoing.

It says that the Bianconeri are trying to change a style of play that has won 8 of their last 10 league titles and it will not be an easy task.

It used a construction site to describe the current team urging the fans to be more patient while the team is built to completion.

An excerpt reads: “Perhaps it will be worth remembering that this Juve came first in their Champions League group in front of Barcelona, ​​and very often, on the pitch, dominated, but, above all, one should not forget a basic point. When it is said that the team is a construction site, which did not have time to train in the preseason, it is considered a part of the truth. Juve is in full transition or revolution: first of all they must change a mentality with which they have won for 8 consecutive years to find the courage to really change the way they play. Last year Sarri partially tried, who managed to change it in half, ending up in the middle of a ford. In order not to risk losing the championship, he set back his center of gravity and mentality: he became a half accountant, with the result that both him and the players understood little.”

Chelsea take the lead in the race for Juventus target