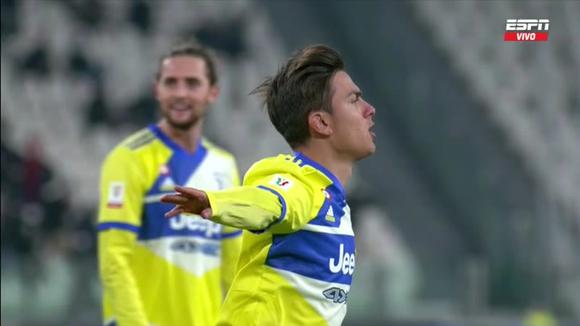 Juventus put in a top performance to come away as 4-1 winners over Sampdoria this evening, earning a place in the last eight of the Coppa Italia.

Sampdoria had an early chance when their glancing header went narrowly wide, but it was all Juve from that point onwards. It took almost 30 minutes for us to open the scoring however, when Juan Cuadrado’s low drive was smashed past the goalkeeper into the bottom right, from a position where most would opt to dip it over the wall into the top left.

We thought we had immediately doubled our lead also, when Juan Cuadrado’s cross was tapped in by Alvaro Morata, but it was disallowed for a foul in the build-up.

The Spaniard should have made it 2-0 just before the break when being fed the ball in close proximity to the goal, only to fire his shot straight at the keeper, meaning we went into the break at 1-0.

We came out in the second-half full of confidence as you would expect after such dominance, and we did double our lead soon after the restart. A failed attempt at the corner was kept in our possession, but we managed to play it out to Arthur on the right to put the cross in a second time, and Rugani glanced his header neatly into the far left of the goal.

Andrea Conti did threaten to give his side some hope just after the hour-mark when scoring fine technical goal, but his backline made a hash of getting the ball out of defence to give the ball away on the edge of their own box, and Paulo Dybala’s first-time strike was not for stopping.

Youngsters Ake and Kaio Jorge did come off the bench for some minutes, and the former did well to earn our side a penalty to close out the game at 4-1, with Morata sending the goalkeeper the wrong way.

This was more of the Juve that we want to see, despite some first-team players not in the starting line-up, and maybe the manager could look to use some of today’s performers in the league in the coming weeks.