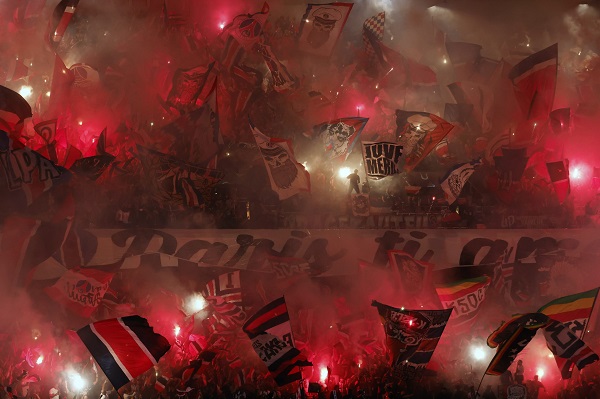 Juventus fans’ trouble has earned their team a fine and a suspended stadium ban, according to a report on Football Italia.

The Bianconeri have been in poor form this season, yet their fans have caused trouble in a few games.

The latest punishment is for their behaviour when the Bianconeri faced PSG in their first Champions League game of the season.

The French police arrested some of their supporters for racist and other banned gestures.

UEFA has now hit the club with a €15,000 fine and a suspended partial stadium ban.

The stadium ban is suspended for a year and it means any further trouble caused by the club’s fans in that period will see them not attend an away game and at least 1000 seats would be empty in their stadium for a European game.

It is sad that some Bianconeri fans will not heed the club’s call to stop all acts of racism.

It is not an issue that is peculiar to Juve fans, however, the club could help stop it by issuing tougher bans on individuals who engage in the act.

This would discourage others from participating in it and also ensure the team stays away from this type of bad news.