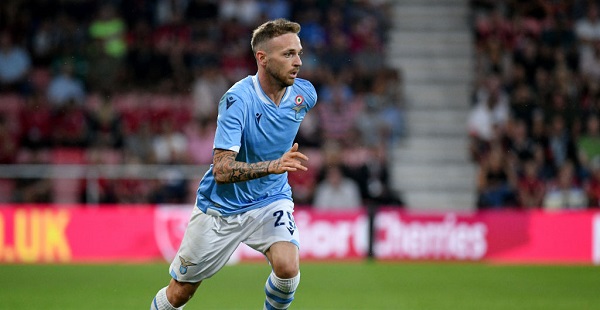 Manuel Lazzari will miss Lazio’s game against Juventus this weekend in a boost to the Bianconeri.

Juventus is already way behind in the race for the Scudetto and they now need to win all their remaining games while hoping that the teams above them falter.

Lazio has emerged as one of the top sides in Italy recently and they even qualified for this season’s Champions League.

They are looking to earn another top-four finish at the end of this season and they will not make life easy for the Bianconeri.

However, they will be missing one of their key players with Lazzari set to miss the game through injury, according to Il Corriere dello Sport via Calciomercato.

The right-back/midfielder has been a fixture in their team this season and he has already played 27 competitive games for them, providing 5 assists.

Juve has injury problems of their own but they could welcome back Matthijs de Ligt and Leonardo Bonucci for the game.

Lazio is currently 7th on the league table with 43 points, six points less than Juve.

They need to close the gap on the top four and Juve has to be careful not to let them get the win.

Juventus set to steal the next big star from Valencia