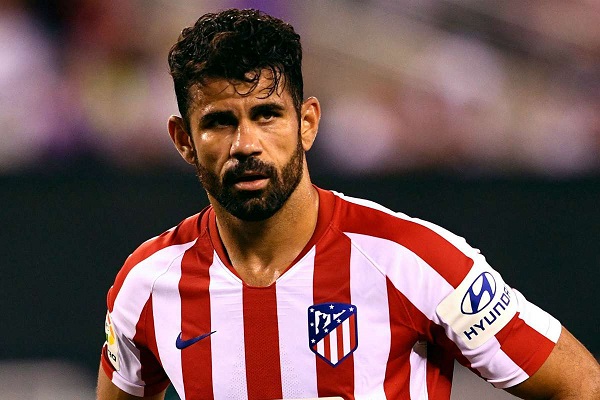 Juventus has already made a decision on Atletico Madrid ace

Diego Costa is set to leave Atletico Madrid next month for a small fee or at the end of this season for nothing.

The Brazil-born Spain international is one of the most volatile strikers in the world and certain teams are expected to fight for his signature.

Juventus is in need of a new attacker as they look for a backup for Alvaro Morata.

They have been linked with several strikers recently, and the current development with regards to the future of Costa will have interested them.

Reports have linked them with a move for the former Chelsea man, but Calciomercato says that Juventus is looking for a striker with a different profile.

The attacker can be a handful and the Bianconeri probably don’t need someone that would disrupt the harmony of their dressing room at the moment.

Milan is also linked with a move for him, but they also don’t want someone with a very strong personality like Zlatan Ibrahimovic in their dressing room as well.

While Juve has some of the finest attackers in the game, there have been games when the Bianconeri would have gotten results from if they had a striker that can bully defences and get results.

That is something that Costa can offer them but he would come at a cost and not just in financial terms.

Juventus get an early boost before their match against AC Milan