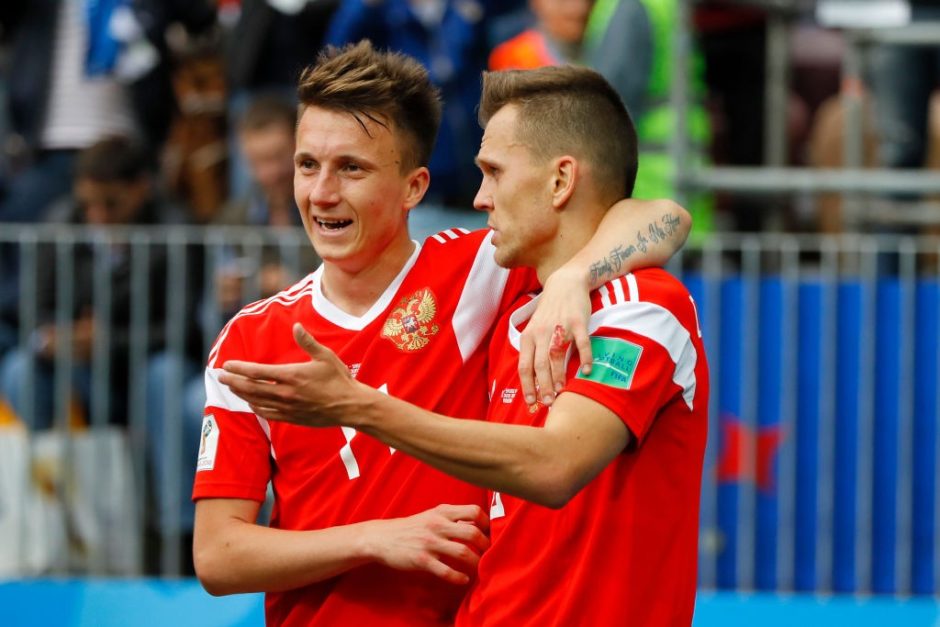 Juventus have agreement with Aleksandr Golovin

Juventus have agreed terms with the agent of Russian midfielder Aleksandr Golovin but still need to reach an agreement with CSKA Moscow.

The Bianconeri have reportedly stolen a march on the opposition by agreeing terms with the Russian starlet who enjoyed a superb start to the World Cup today, featuring at the heart of the host nations 5-0 drubbing of Saudi Arabia.

Speaking after the game. Golovin was asked about a possible transfer this summer and Juve’s interest in him:

“For now I want to focus on the World Cup and Russia.

“I am honoured and pleased by interest from Juventus, but I want to have a great World Cup.

“Juventus? They are all strong, but Paulo Dybala is the best, as he has more creativity and is my favourite.” – [ANSA]

Following on from an earlier report in the Corriere dello Sport that suggested Juventus were only a step away from signing the young talent, Sky Sport Italia report Juventus have reached an agreement with the agent of the player.

While Juve have already finalised personal terms, they are yet to find an agreement with CSKA and the original asking price of €18-20m could increase as the World Cup progresses.

The Bianconeri have made no secret of their interest in the player with Beppe Marotta declaring a possible transfer for Golovin was ‘more than a idea’ for Juve.