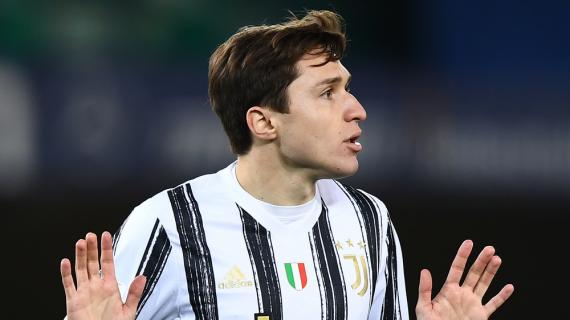 Juventus have worries in attack ahead of Zenit

Juventus have some fitness issues in attack ahead of their Champions League clash with Zenit St Petersburg on Tuesday.

The Old Lady have the chance to cement their place in the knockout rounds of the competition this week, having secured nine points from their opening three CL fixtures, knowing that just one point will be enough to secure a place in the top two of the group.

Chelsea still have the chance to rival Juve for top spot in the group, regardless of the results this week having won each of their fixtures that didn’t include the Old Lady.

We will be looking to claim all three points again when we face the Russian side in Turin come Tuesday however, but who will get the nod to lead the attack remains to be seen.

Federico Chiesa missed the weekend’s loss to Verona with injury, and it remains unsure if he will be ready to return in time, while both Alvaro Morata and Paulo Dybala are not expected to be able to play the full 90 minutes as reported by La Gazzetta(via Tuttojuve). We also have Moise Kean currently sidelined, while we may be regretting leaving Kaio Jorge out of the squad for the group stages of the competition.

I’m sure we will be able to call upon at least one of our striker-options in midweek, but it would be a shame to take a risk that could well result in one of our key players missing further football, and we have the option to play it a little safe knowing just a draw would assure us of making it out of the group.

Could any other players fill in as a makeshift centre-forward?