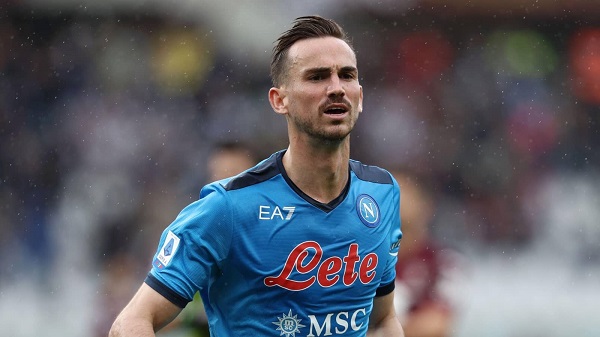 Adrien Rabiot reportedly wants to leave Juventus this summer as he enters the last year of his current deal at the club.

The French midfielder has been an enigmatic figure at the club, although Max Allegri seems to trust him.

He has not exactly set the world on fire since he moved to Turin and he is one player the club can certainly do without.

Rabiot is also one of the club’s top earners and releasing him early from his current deal will save them some money.

Sport Mediaset, as reported by Tuttomercatoweb, claims Juventus is prepared for his departure.

If it happens, they will turn their attention towards Napoli midfielder Fabian Ruiz.

Ruiz is available for transfer after stalling on extending his contract with the Partenopei.

They will cash in on him now to avoid losing him on a free transfer, and they have set an asking price of 30m euros.

Ruiz would be a good player to add to our squad in the absence of Rabiot.

The Spaniard has been in substantial form since he has been in Serie A, and he is constantly being linked with a move to some of the top clubs in Europe.

A move to Juve will improve his profile and that of the club.

Juventus decides on the future of young forward

Ai says Morata will do much better away from Juventus