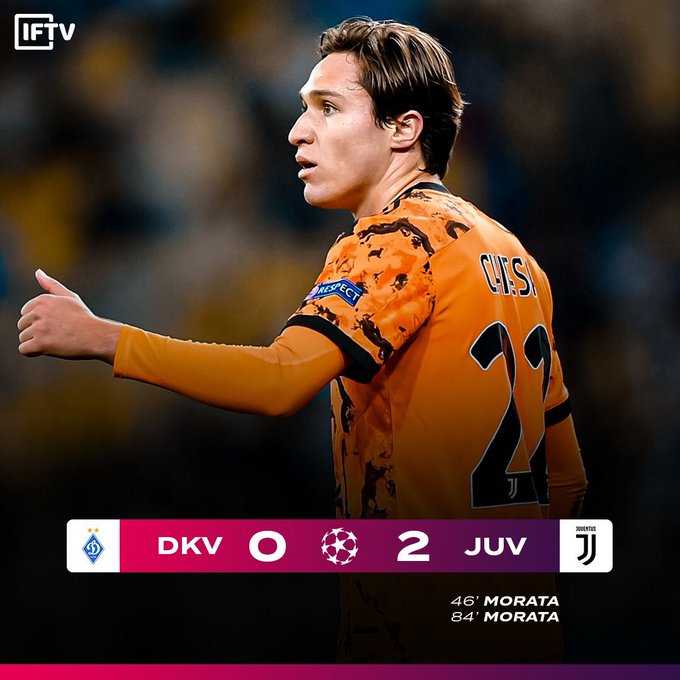 Juventus put their struggles of previous weeks behind them with a comfortable victory against Dynamo Kiev tonight.

The Italian side come into the tie with mixed form, having drawn their last two league fixtures with Crotone and Roma, but looked much the better today.

We started the game in control, albeit while creating very few clear-cut goalscoring opportunities in the opening half, and we maintained a consistent level of possession as we continued to put pressure on our rivals.

We started the second-half with a little more impetus in search of a goal, and we didn’t have to wait long.

Alvaro Morata put his poacher instincts to good use as he pounced on the parried safe from the goalkeeper, beating the defender to reach to the loose ball to put us into the lead.

Shortly after we got to welcome Paulo Dybala onto the pitch for the first time this season, which was almost as enjoyable as watching the team win today, although his involvement was limited.

With around 25 minutes to play however, Dynamo came to life however, and Wojciech Szczesny was put to work. Our rivals were piling pressure on us, getting down the flanks into dangerous positions and firing crosses in which we had to match.

We managed to kill the game off with a second goal against the recent run of play though, when Juan Cuadrado made the run down the right into space, before picking out Alvaro Morata to double his tally for the day with a well-placed header.

Kiev continued to have the better of the last 10 minutes, but our organisation wasn’t to be beaten, and we will be happy to make the long trip home with the points in the bag.

Can Alvaro Morata refind his Champions League form of the 2014-15 season?