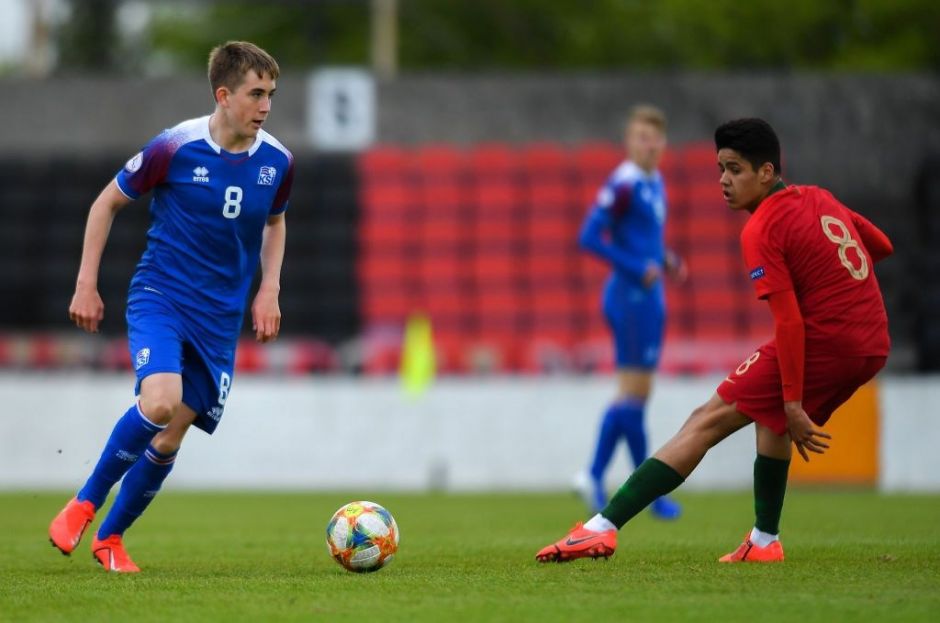 The 17 year-old has been setting the Swedish top division alight with Norrkoping despite his young age, notching up four goals and 11 assists in 28 appearances in all competitions.

His amazing breakthrough season has not gone unnoticed, nor has his country Iceland’s eagerness to lock down his allegiance by giving him his senior debut in the UEFA Nations League, with the midfielder having been born in England.

While he came on as a late substitute against England and had limited time to make an impression, the young starlet has been making waves away from the international stage, and could the subject of a transfer tussle.

Man United are claimed to be eager to bring him back to the country of his birth, but his Icelandic citizenship is set to delay their bid until next summer, with Brexit set to deny English clubs the rights to sign those currently under-18 from European clubs, while Juventus are tipped to move in January.

ESPN states that the Old Lady are willing to meet his £5 Million asking price, and he could well be vying for minutes in Turin in the coming months.

It remains to be seen where the youngster would prefer to play out his future, but I know which club of the two has the better track record of promoting youngsters into the first-team. Maybe we could ask Paul Pogba his opinion on the subject…