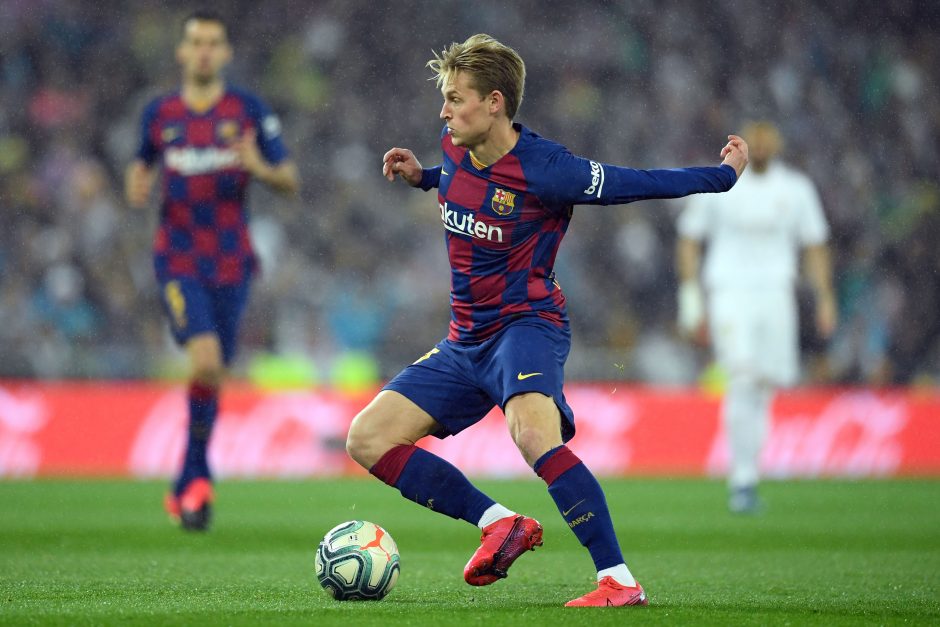 Juventus wants to add Frenkie de Jong to their squad ahead of next season.

The Bianconeri midfield has been a problem spot for them in this campaign, and they will look to add more quality to it in the summer.

They wanted to sign De Jong in 2019, but had to settle for only Matthijs de Ligt.

The former Ajax man moved to Barcelona, where he has been a key player, but Juve continues to show interest in his signature.

Todofichajes claims their interest is so strong that they are one of his two main suitors.

Barca has some financial difficulties and wants 70m euros, a fee Juve might struggle to pay.

However, the Bianconeri also know the Catalans need reinforcements, and they are prepared to add some players to their bid.

De Jong is still just 24, and he is one of the most recognisable midfielders in Europe at the moment.

He and De Ligt helped Ajax to reach the semi-final of the Champions League in 2019. They could combine well to help Juve if he moves to the Allianz Stadium as well.

But it remains unclear if the Bianconeri will offer players Barca will consider good enough for their team.

Juventus to abandon their pursuit of French midfielder over asking price