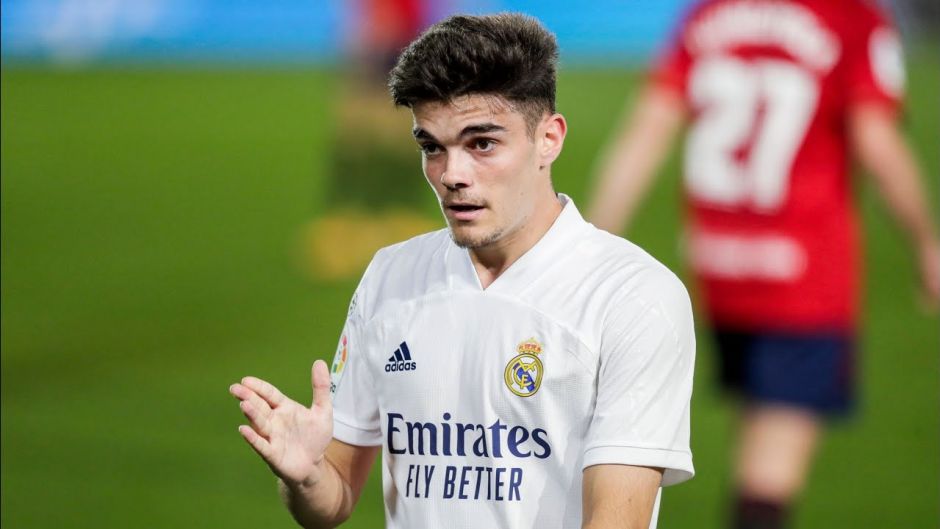 Miguel Gutierrez is one of the finest talents in Spanish football now, and he is on the radar of Juventus.

The 20-year-old plays as a left-back for Real Madrid, but he has only made 9 league appearances for their senior team.

He is playing predominantly with their reserve side now, but he could leave the Spanish club in this transfer window.

Calciomercato claims Juve has an interest in his signature as they search for a new left-back.

The Bianconeri no longer trust Alex Sandro, and Luca Pellegrini is probably too young to become the only left-back at the club.

Although Gutierrez is young, he could learn and improve fast if he moves to the Allianz Stadium this summer.

Gutierrez is one of the best players in the Madrid reserve team now, and they will want to keep him.

Having made some appearances for their first team, he will also feel he has a good chance of playing more often for them.

That could make him ignore Juve’s interest and stay at his present club. But there is no harm in trying, and we need to do just that and see if we can poach him.

Juventus is prepared to swap underperforming player for Paredes

Not just Pogba: Three other Juventus players to be discussed with Pimenta