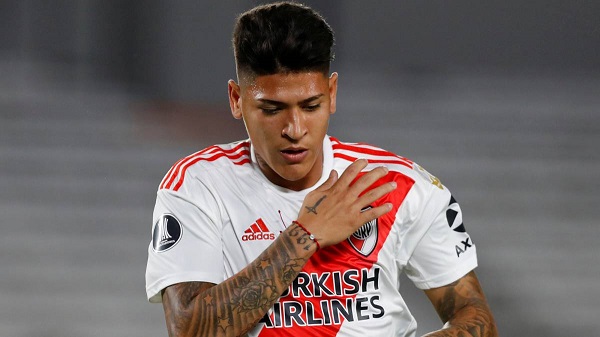 The Colombian has emerged as a talent that European teams will want to bring across.

At 22, he is already one of the important players at the Argentinean side. He has played 10 league games and 10 Copa Libertadores matches for them this season.

The report says that Juventus has to deal with competition from AS Roma that wants him too.

He is the second player that both teams will be competing for in recent months.

Roma is also competing with Juve for FC Dallas’ Bryan Reynolds. The Bianconeri is winning the race for the American, but the report didn’t say who is leading the race for Carrascal.

This month would, however, not be the best time for Juventus to sign the Colombian because they have already filled their Non-EU quota.

They have had to look for another team to take Reynolds for the next six months while they get set to make a non-EU spot available for him.

Adding Carrascal who has an identical problem might be too much trouble to deal with in the same transfer window.

If Roma and his other suitors don’t sign him in this transfer window, the Bianconeri can try to get him at the end of the season.