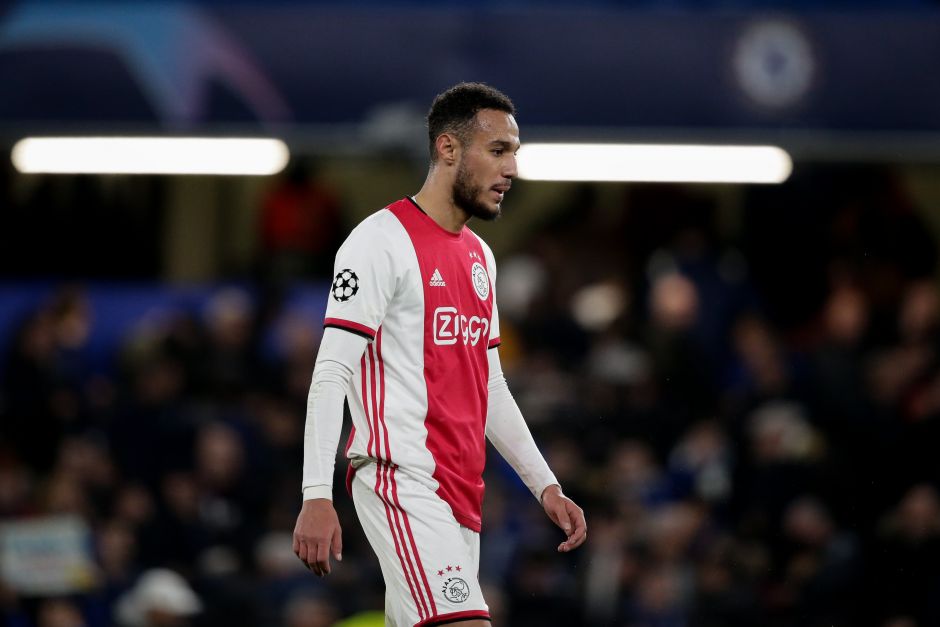 Noussair Mazraoui will leave Ajax as a free agent at the end of this season, and he could end up in Serie A.

The Moroccan has been an important member of the Dutch giants’ first team in the last few years, and he remains one of the finest right-backs in the Netherlands.

As he nears the end of his current deal in Amsterdam, he looks more likely to leave the club than to sign a new contract.

This has prompted several clubs around the continent to pay attention to his signature.

Calciomercato says it is almost certain he would leave Ajax as a free agent and Juve wants to add him to Max Allegri’s squad.

However, the Bianconeri are not the only club looking to sign him with the report claiming he also has interest from AS Roma.

Roma has become very ambitious in this campaign after making Jose Mourinho their manager.

They would back the Portuguese boss with the players he wants and that could see them battle hard to beat Juve to Mazraoui.

The current Bianconeri side has some fine defenders and the likes of Juan Cuadrado can also fill in as full-backs.

However, most of the current options are getting old and there is a need to refresh the squad.

As Luca Pellegrini is being groomed to take over from Alex Sandro on the left flank, Mazraoui, 24, could be the right player to sign for our right full-back spot.