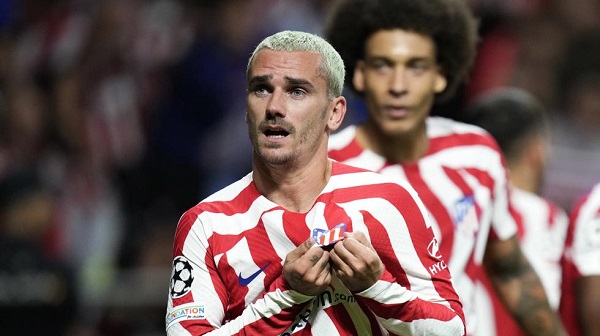 Juventus is monitoring Antoine Griezmann as he struggles to play at Atletico Madrid.

The Frenchman is one of the world’s best attackers, and he is on loan at Atletico from Barcelona.

Because of a clause in the transfer that means Atleti will be obliged to pay Barca a certain amount if he starts some games, he has been used off the bench for most of this season.

This is not an ideal situation for the Frenchman, and he is not enjoying his time in Madrid.

With a contract that expires at the end of this season, Griezmann is now considering his options, a situation that plays into Juventus’ hands.

The Bianconeri want the best players in their squad, and they have been taking advantage of the free agency market to get some fine players.

Tuttomercatoweb says the next top star to join them could be the World Cup winner.

However, Manchester United also wants to sign him, and they will compete with Juve for his signature.

Griezmann would be a superb signing, and we should move for players like him.

However, United is also one of the biggest clubs in the world, and they will not make things easy for us.

We might need to get back to form to prove to him he is making the right move.