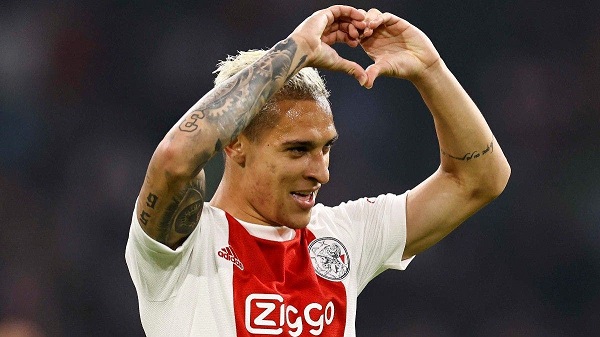 Juventus remains in the running for Ajax’s Brazilian star, Antony, as he continues to attract the attention of European elites.

The 22-year-old is one of the many gifted players at his present club and his technical skills have made him stand out from the rest in this campaign.

Juve and several European giants have been following his development and they believe he can contribute to their team if he joins them.

However, the Bianconeri are not among his favourites, according to Tuttojuve who insists the likes of Manchester United, Bayern Munich, Chelsea and Barcelona are all ahead of Max Allegri’s team.

Antony is not exactly the type of player that Allegri would be excited to work with, considering the Juve gaffer doesn’t like his players showing too much skill.

The Bianconeri play a direct style of attacking football and it is hard to see Antony thrive in that system. Dejan Kulusevski is the latest example of a technical player that couldn’t do well under Allegri.

There are other attacking players who will fit in at Juve on the club’s wishlist and we can expect them to join in the summer instead.

Rudiger vs Bremer: Who will be easier for Juventus to sign?